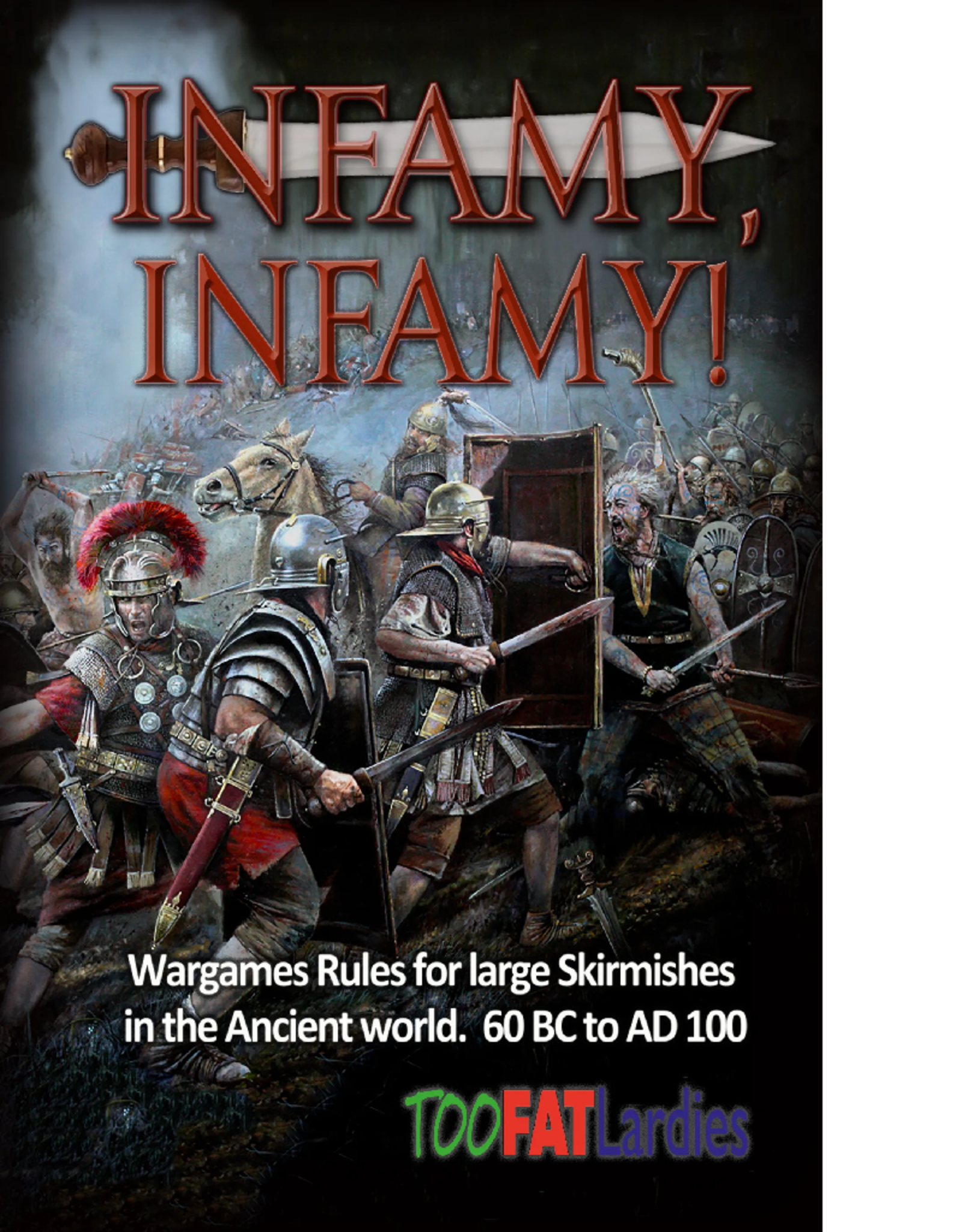 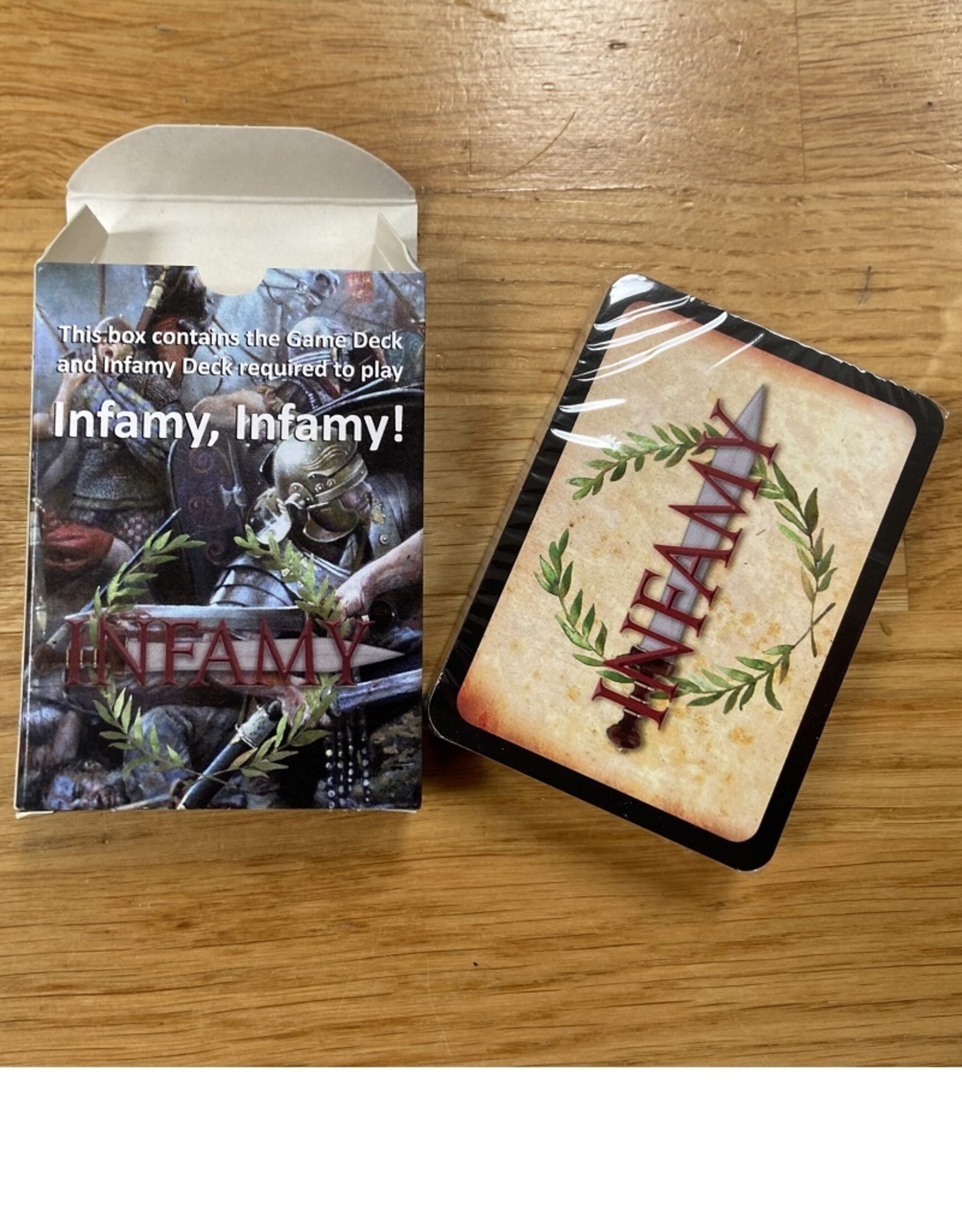 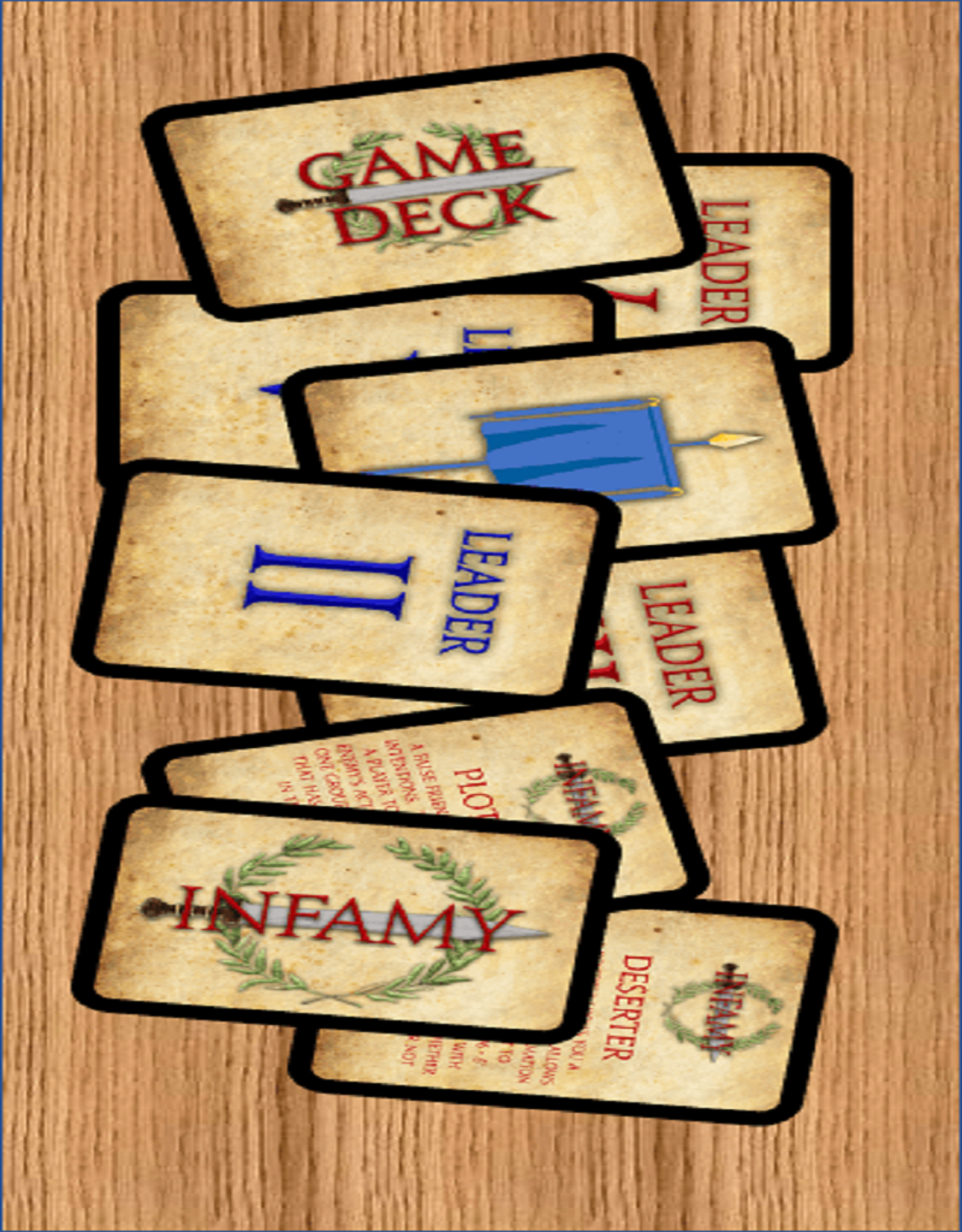 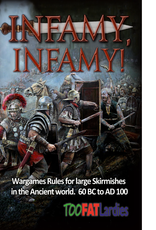 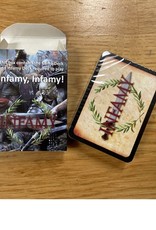 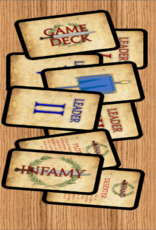 Infamy, Infamy! are rules for large skirmishes in the Roman world.  This, the first volume in a series of three parts, focuses on Rome's wars with their western barbarian enemies, from 60 BC to AD100.  Covering the campaigns in Gaul, Britannia and Germania, the rules use unique game mechanism to reflect the asymmetrical of these wars, with the discipline and drill of Rome versus the frenzy and passion of their northern neighbours.

Infamy, Infamy! is a challenging game that places you in the shoes of aa Roman Centurion or Barbarian warlord on the frontiers of the Empire.  Commanding a core force of around 50 figures you will be able to fight your way through a year on the border using the Infamy campaign system.  Can you achieve a Triumph, or will your campaign end in Infamy?

This bundle includes both the core rule book and the Infamy Card Deck. 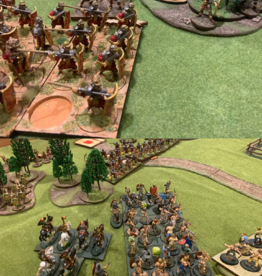