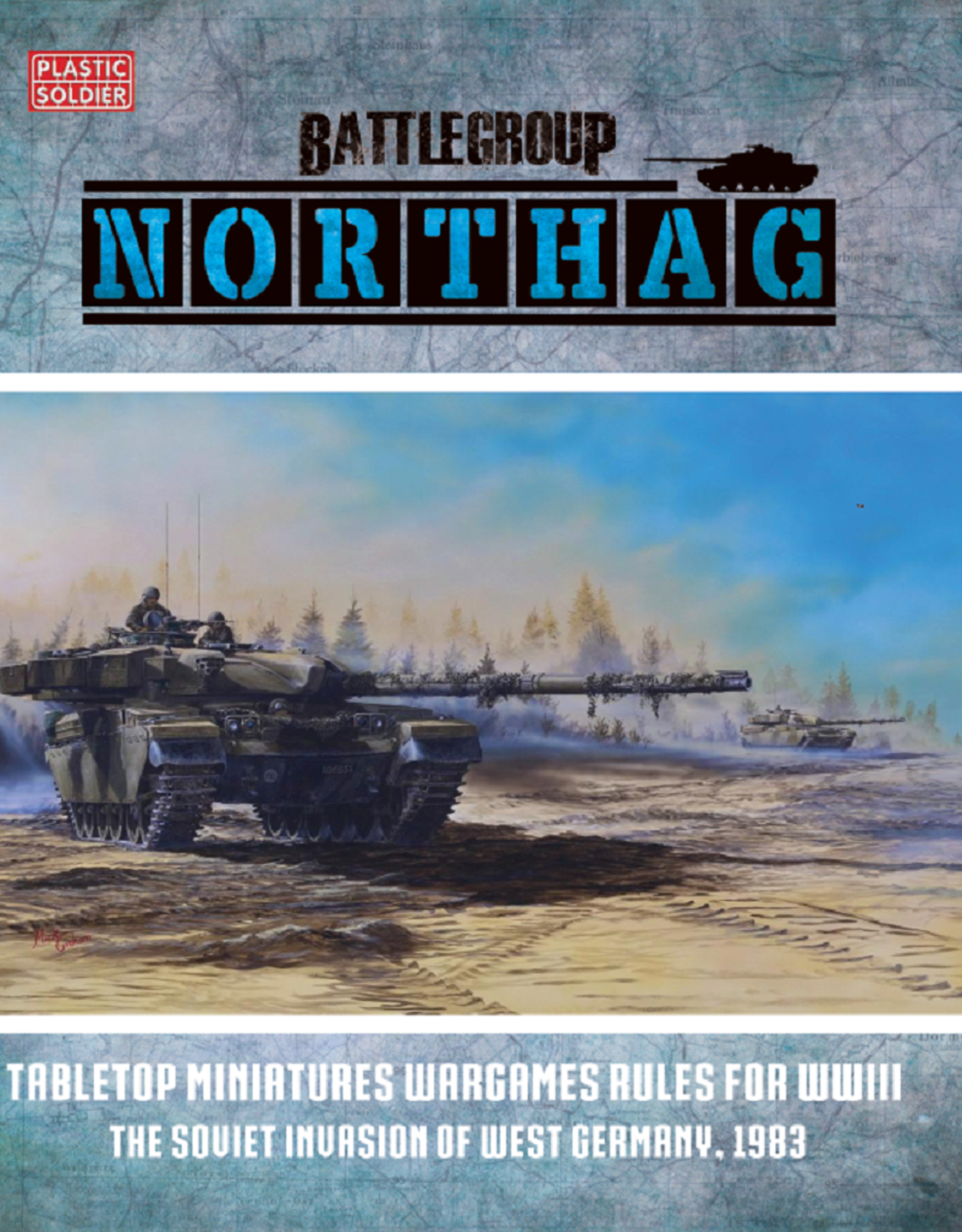 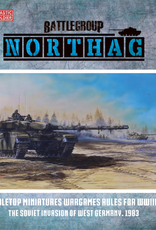 In Battlegroup NORTHAG, you take command of an all-arms armoured battlegroup of NATO or Warsaw Pact troops as they meet in battle. It was the war both sides had prepared to fight, but never did.

Includes detailed information and army lists for Soviet class 1 tank divisions and BAOR armoured divisions.  Not to mention comprehensive vehicle and weapons data from everything from infantry fire teams to cluster bombs and, at the last gasp, chemical weapons or tactical nuclear strikes.