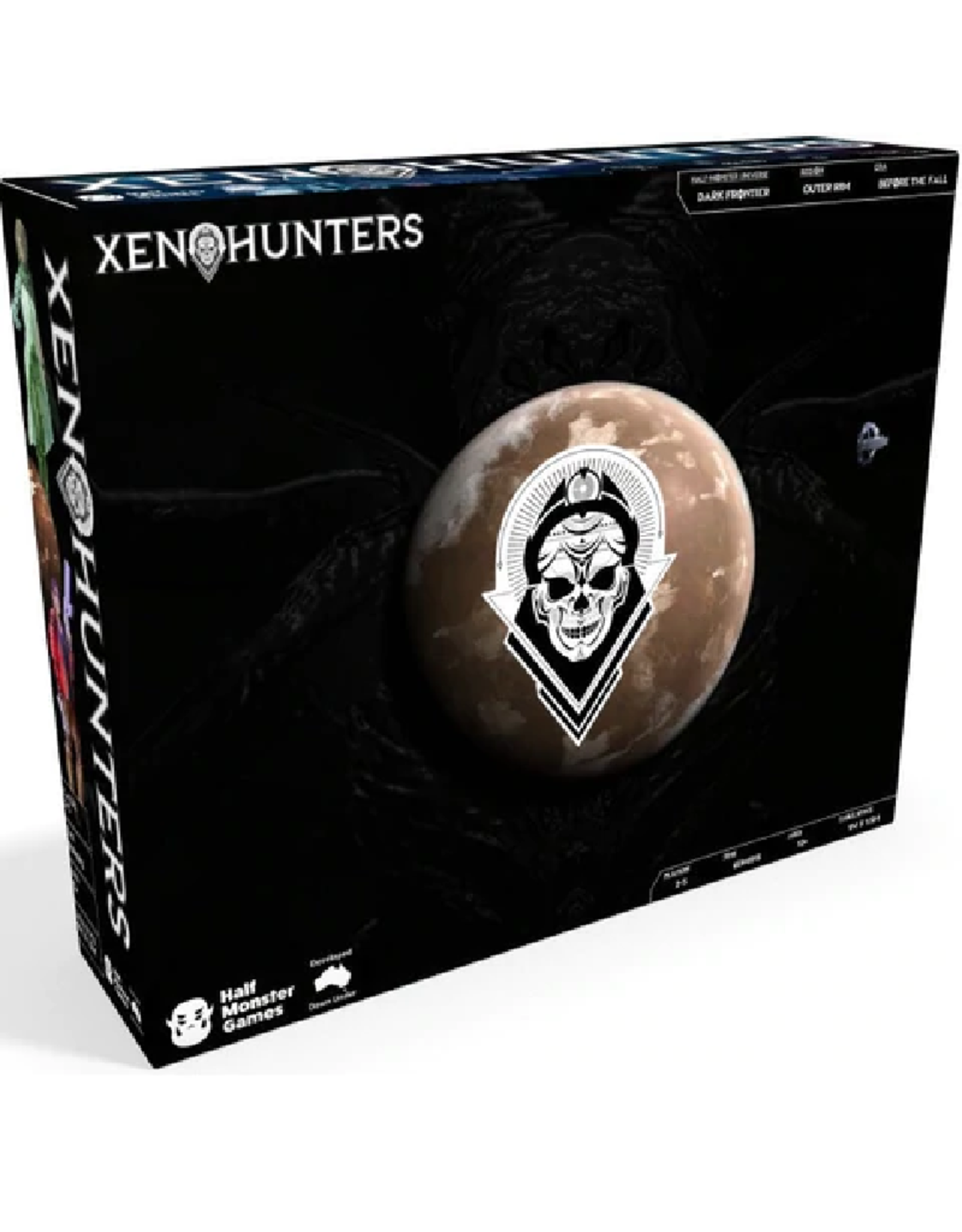 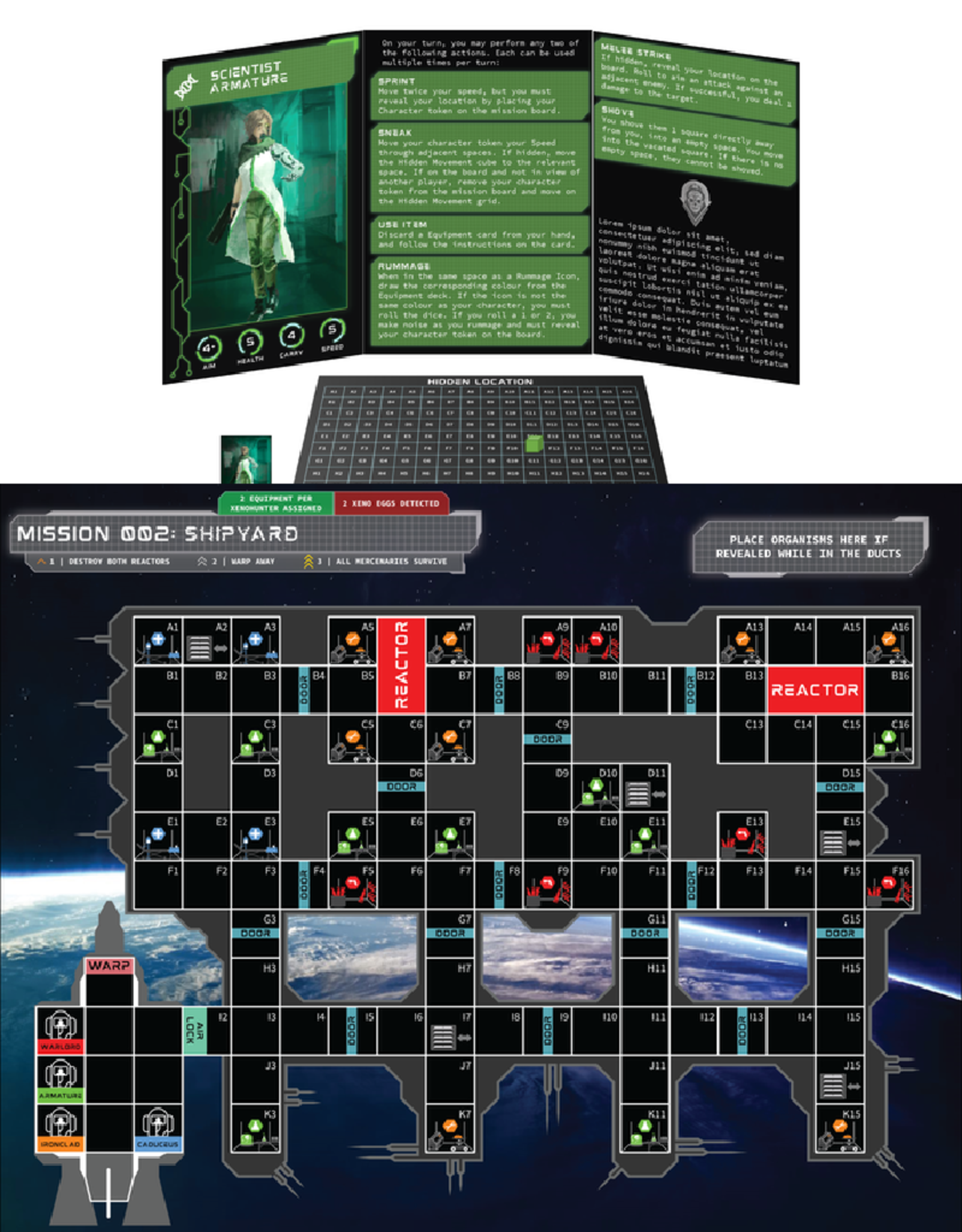 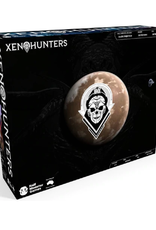 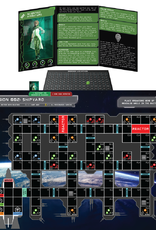 It’s the 36th century, and the world's citizens live in station colonies throughout the galactic rim. However, colonies living on the outer galactic rim are going dark and have become uncontactable.

The galactic council has expended their military forces to no avail - they need to call on the best.

You, the Xenohunters, have been summoned as the elite mercenary crew who live on the edge of the law to investigate the stations. You know very well: this is another outbreak of flesh-eating Xenos, creatures that harvest living flesh to birth monsters.

The only way to stop this advancing tide of evil is with the liberal application of fire. The best way to do so: detonate the fusion reactors at the heart of every station. As elite mercenaries of the galaxy, your mission is clear: board the stations, destroy the reactors, and kill the aliens.

Xenohunters is a thematically engrossing board game of adventure and horror. One player becomes the terrifying flesh-eating Xeno, and all other players take control of the crew tasked with working together to hunt them down: Warlord, Ironclad, Caduceus, and Armature.

Both teams will hunt each other throughout the station, choosing when to reveal themselves and stay hidden. A hidden location grid behind your player screen conceals your movements until the time is right to strike.

Xenohunters collect powerful sci-fi equipment to hunt the Alien. However, rummaging around for equipment and supplies can be dangerous, as any mistake can lead to you appearing for all to see...

Meanwhile, as the Alien, you crawl through ducts, lay eggs, command your minions to search and distract and sense the humans to lay the perfect traps. And if you kill a Xenohunter? They become their own worst enemy... hatching from one of your eggs as a horrific Hybrid Spawn.