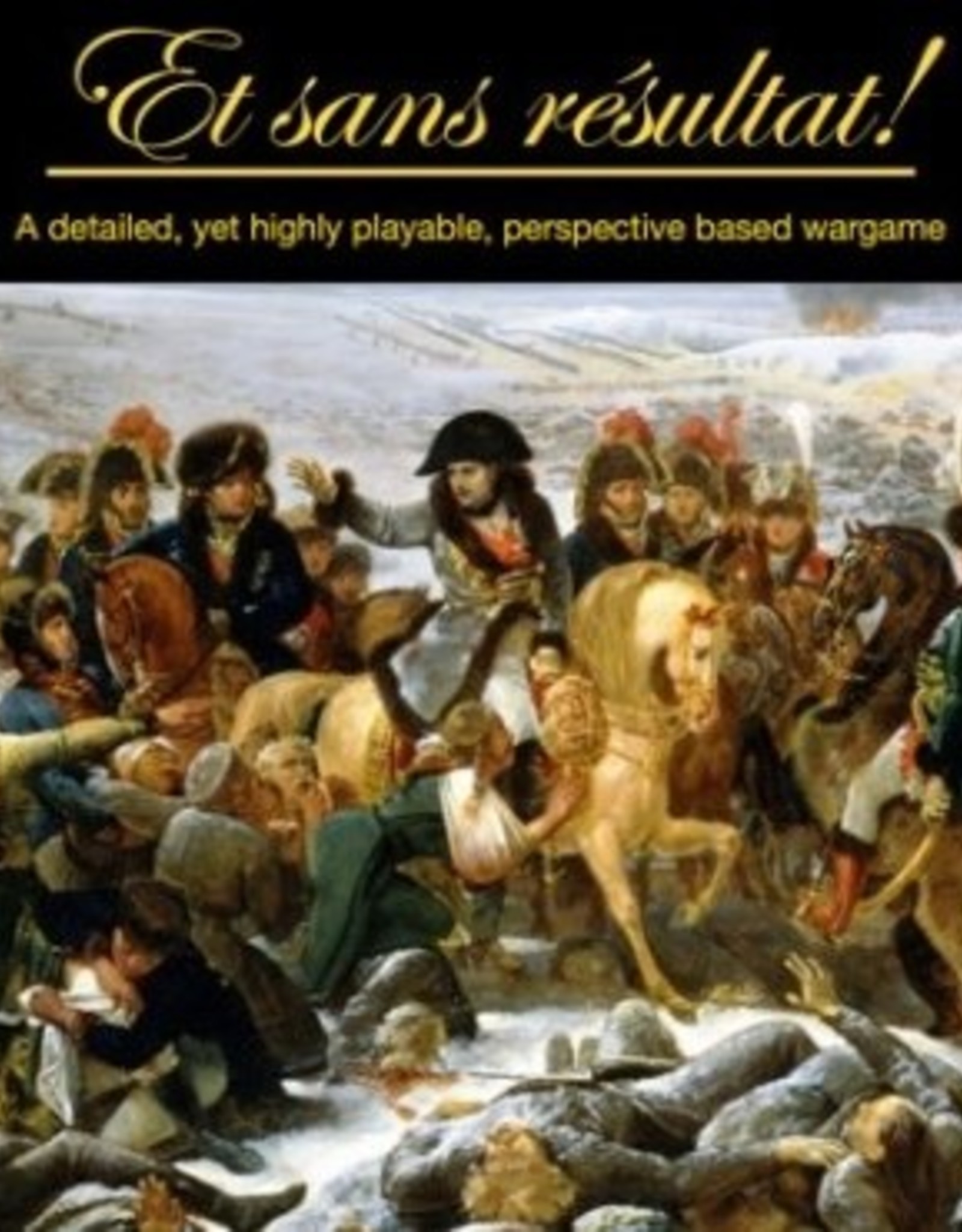 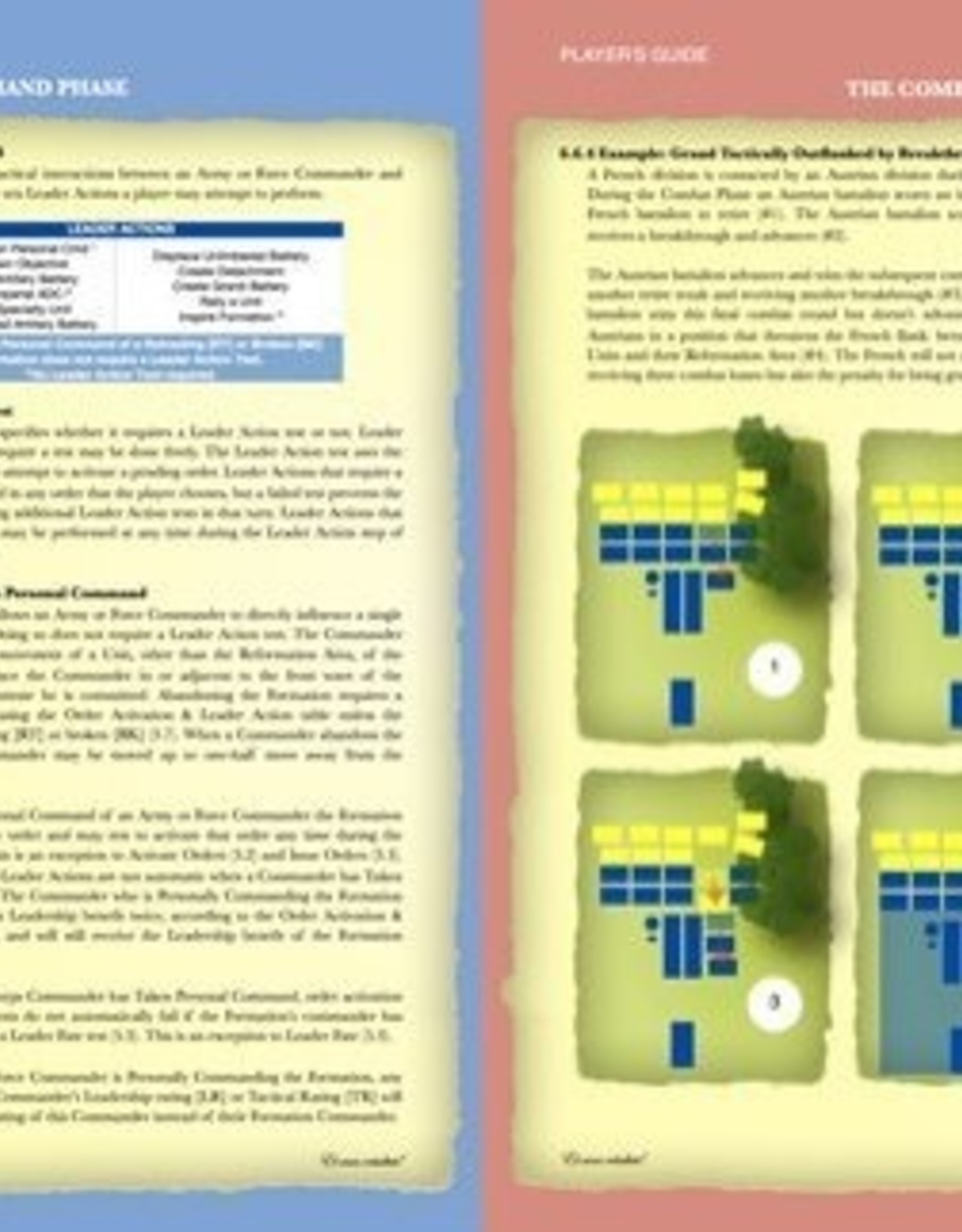 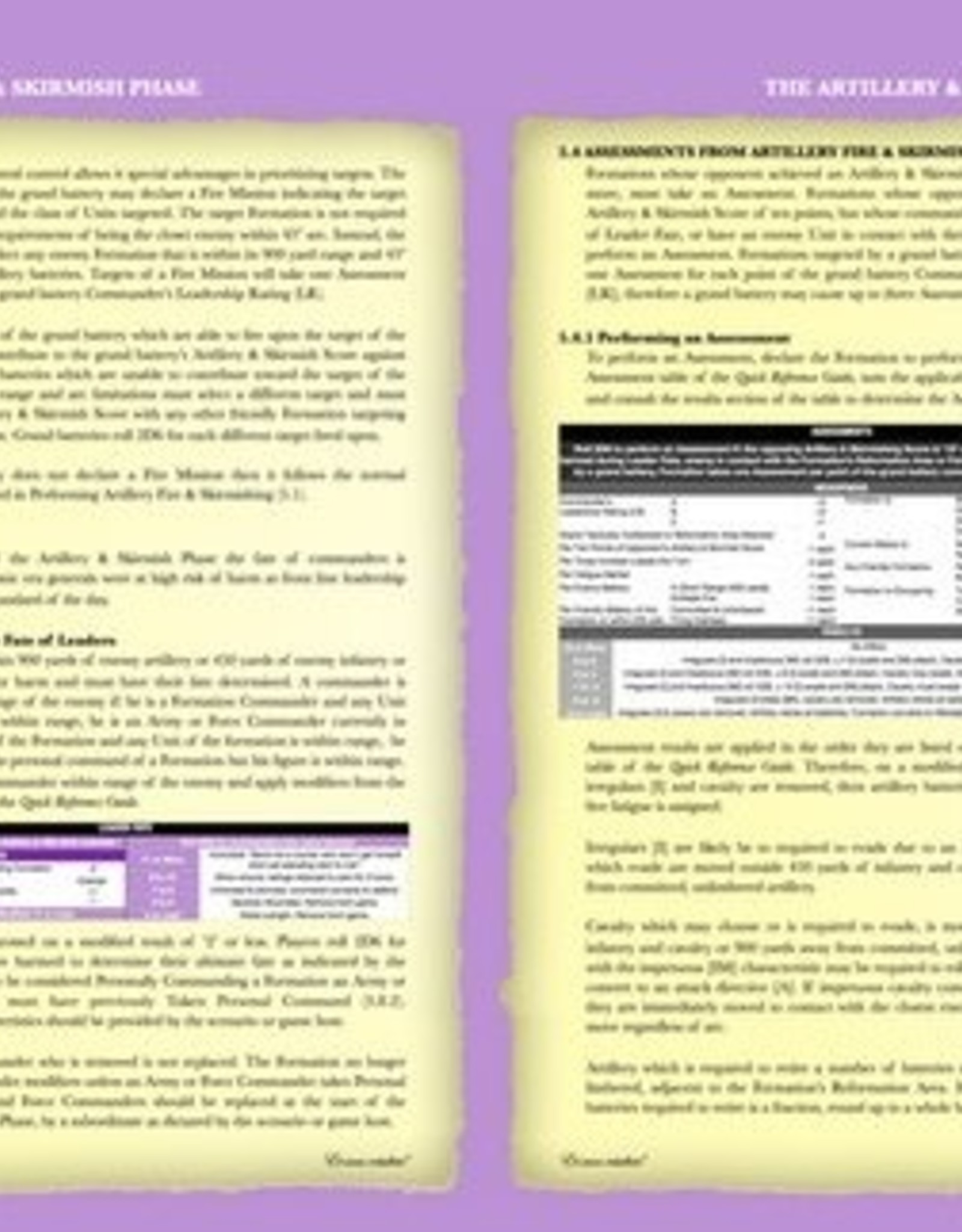 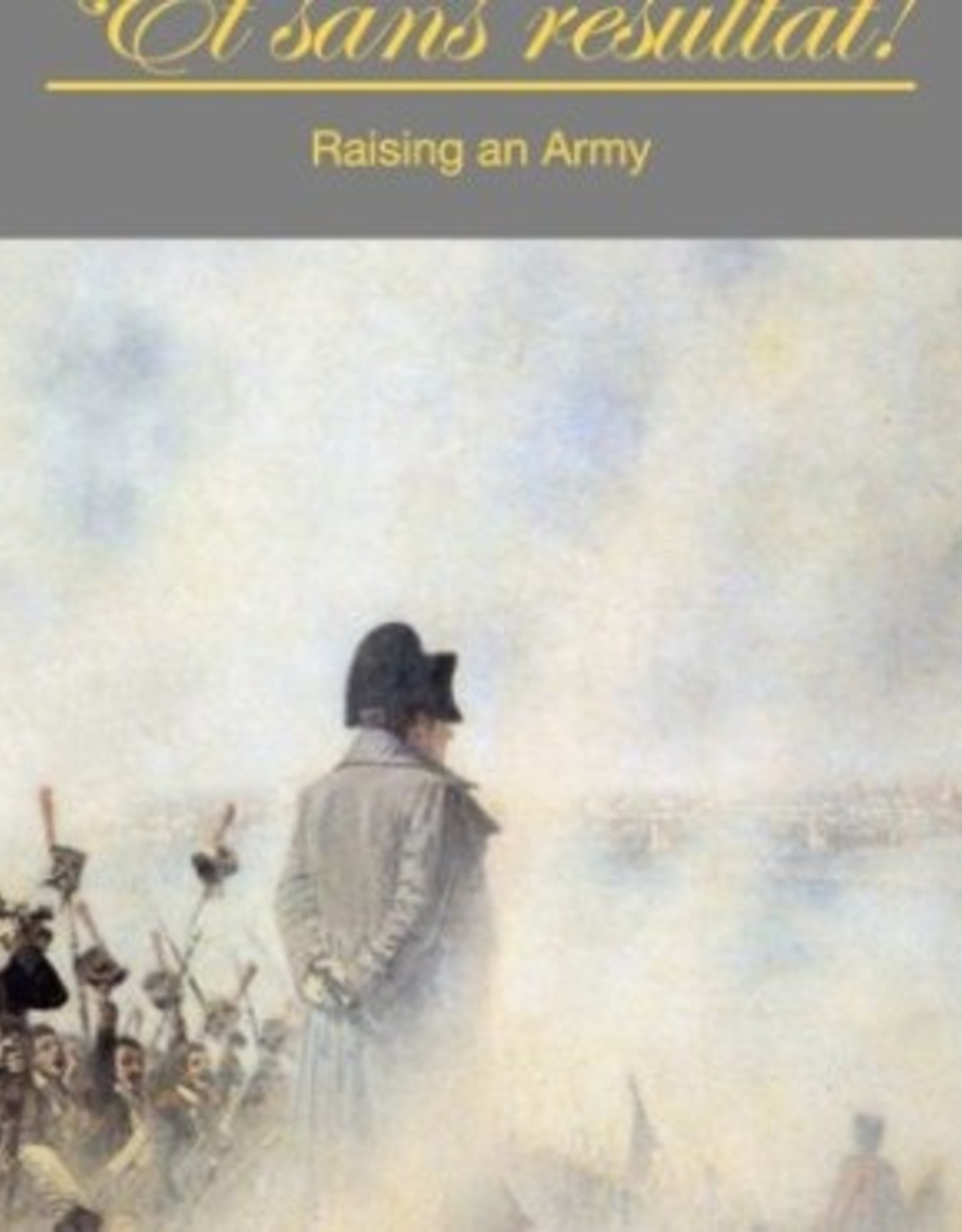 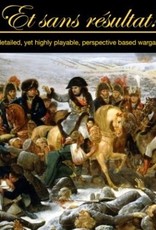 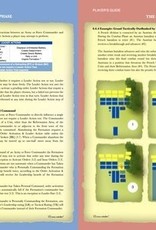 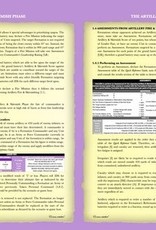 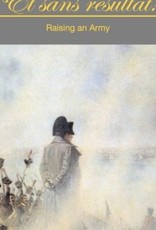 Game mechanics that allow you to play the battles you love to read about: Big battles, multi-corps battles, where reserves and planning matter.

Manage your own sector of the battlefield but care what is happening in the others.

Don’t be pigeon-holed into small parts of large battles when you can run the whole shebang, in real-time, at any ground scale you like.

Lead the attack upon the Pratzen as Soult, while in the same game Davout stubbornly defends the right flank against the Austrians.

The Napoleonic Wars are one of the most visually stunning periods of military history. Your games should represent the grandiosity of the period. With Et sans résultat! they can.

A game where players want to choose reserves, not because the rules told you to, but because you really feel you’ll need them: to exploit success or to stem a setback.

Use What You Have | Whatever You Have

Play with any figures and any basing at any ground scale.

Heck, you could even try ESR out with unit cards before you decide that you love it and want to use miniatures.

We provide The ESR Quick Reference Guide in a variety of popular ground scales as well as straight scale yards.

Orders and fatigue can be easily tracked on a roster, but if you deplore rosters and want to track orders and fatigue on the tabletop, it can be done cleanly and unobtrusively with decorative tokens, stragglers, or casualty figures.

Players with 6mm and 10mm collections will love the detail and scope of game play, but won’t be hampered by trying to track casualties per unit.

Debate the Plan | Not the Rules

If you want to do it, there’s probably an example of it.

The ESR Player’s Guide is explicit and direct, offering plentiful illustrated examples. Upwards of six to ten examples per phase means you’ll be able to see how every mechanic works.

Play from Charts | Not Comb through a Book

The ESR Quick Reference Guide is only the front and back of a single page, but once you’ve played, it has everything you need.

And you can check out The ESR Quick Reference Guide right now:

Blue is Command | Red is Combat

Find what you need quickly and visually.

The ESR Player’s Guide is color coded by phase to match The Quick Reference Guide. If you’re in Combat, and have a question about the red combat chart, flip to the red pages of The Player’s Guide.

Need an example? Every example has its outer top corner dog-eared and labeled “Example”. So you can literally just flip through by color to find what you need visually.

Don’t Wonder Why | Know Why

It’s good to ask why, and even better to learn the answer.

Every section of The ESR Player’s Guide includes commentary by the designer giving his thoughts, reasons, and justifications for how the rules work. Off-set to the side in bubbles, they don’t interfere with the rules, but let you gain insight into why mechanics work as they do, or if you really understood that mechanic correctly.

Suggested, optional rules are linked to the sections and mechanics they apply to, indicated in gray bubbles.

We can’t stand using a book that doesn’t offer practical essentials, like:

And we doubt you like rules without those things either. ESR offers a hybrid glossary-index that defines key terms and cites the specific rules that elaborate on them.

Need to know how far a “retire” move is for infantry?

You could flip to the red Combat pages, but the glossary-index will tell you it is 225 yards. And if you want to know more about it, the citation says you can learn more in The Player’s Guide: Combat Results (6.3.2).

See What’s Changed | Nothing and Everything

The ESR Player’s Guide is the second edition of ESR.

The scope and focus of the game remains the same, but the rules are more explicit, the examples more plentiful, and the mechanics yet faster.

To get a better idea of what is in ESR’s second edition you can checkout an in-depth The Overview of The ESR Player’s Guide or our ESR Basics Tutorials.

And because nothing is ever quite perfect unfortunately, we also do maintain an Errata and answer questions in our forums.

So Many Campaigns | So Many Guides

Because we know you love history, and we love it too, we have an ever expanding series of ESR Campaign Guides that provide: historical scenarios, campaign frameworks for linking them, and extensive uniform guides covering nearly every Unit involved in any of the scenarios.

Roll up that Map leads from the opening battles around Ulm, through Napoleon’s victory at Austerlitz.

The First Battle Lost begins with the Bavarian Spring Campaign and carries through Napoleon’s first outright defeat at Aspern-Essling.

Master of the World and Didn’t Dare Do Anything together cover the French Main Army invading Russia and the many actions along the flanks of the invasion, respectively.

We Shall Meet in Vienna opens with the Russo-Prussian counter-invasion of Napoleonic Germany and ends with the massive battles of August, 1813.

The most awful situation takes us into the Allied invasion of France and Napoleon’s amazing Six Days Campaign.

But the Peninsula War is not forgotten either, our first Peninsula title: To Assure My Dynasty, places the Spanish front and center as the conflict opens.

What do they think the strengths of ESR are?

Listen to the Review

“As a historian, I find ESR to be a breath of fresh air…ESR has carefully identified what it was possible (and not possible!) for commanders to do on Napoleonic battlefields. The game does what all wargames should try to do: present the player with the role of a commanding officer in that era. If you want to be faced with some of the choices which plagued Napoleonic commanders on the battlefield, try ESR.”

“Incredibly clearly explained, colour coded, with copious examples and a whole host of supportive options, this grand tactical set of rules is also lavishly illustrated with works of art from the Napoleonic period. In many ways, it is an example to others of what can be achieved in a rulebook of this type.”

“The command system is the core of this ruleset, reaching a compromise between simplicity and realism rarely met in other rulesets.”

“Here, the mechanisms are simple and, moreover, the summary sheet is only one page on both sides. …if you really want to find yourself in the shoes of a marshal, make decisions like a general rather than a colonel, then Et sans résultat! deserves your full attention.” 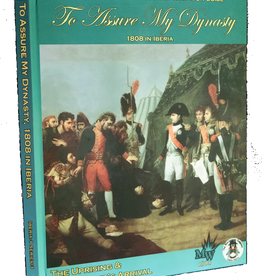 1808 in Iberia - The Campaigns in Spain and Portugal

By the author of Et sans résultat! but is suitable for whatever rule set you play.

Offering scaled maps, unit level orders of battle, and a simple conversi
Add to cart
To Assure My Dynasty: 1808 in Iberia (s3)
$95.00