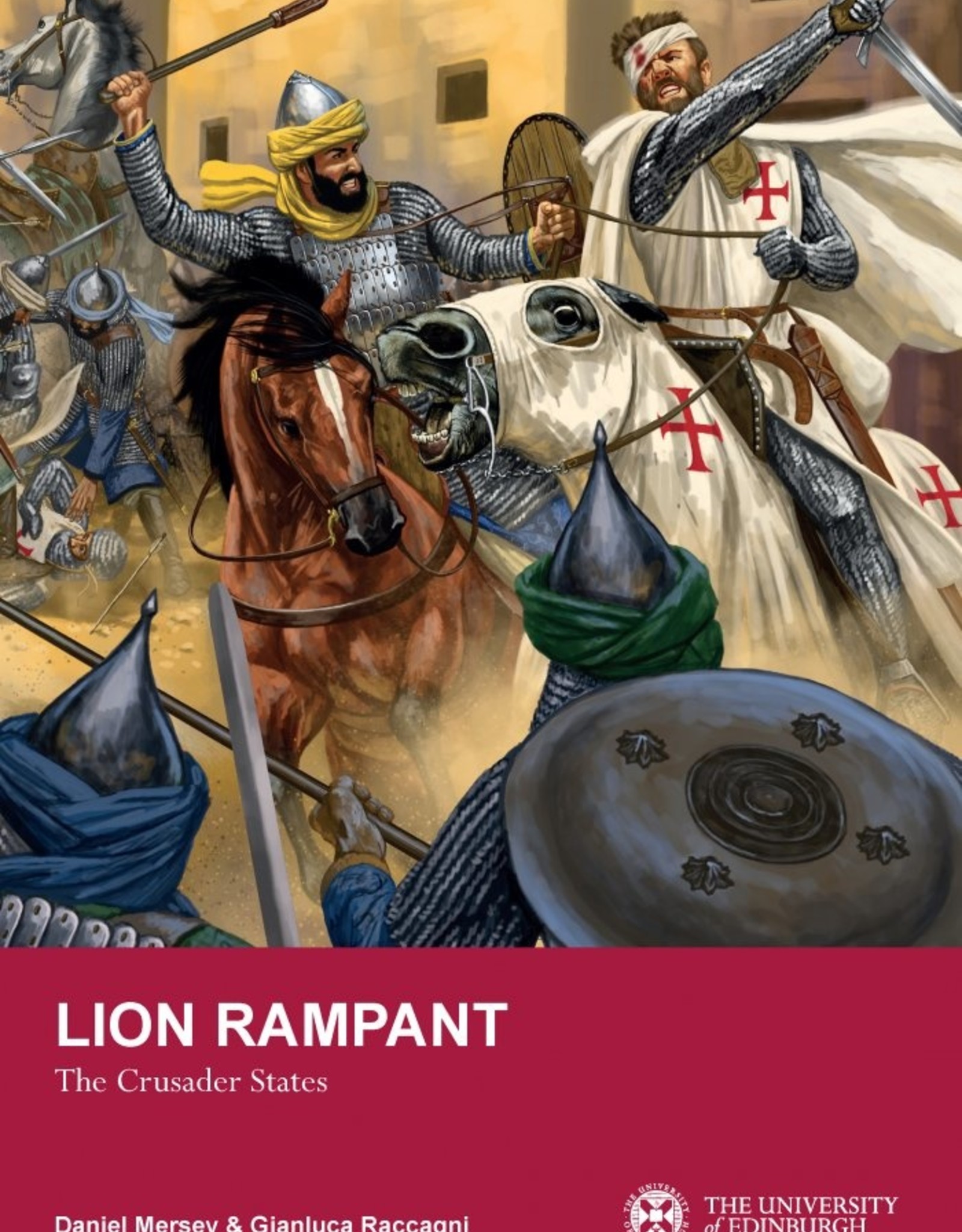 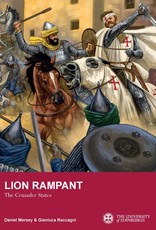 This expansion for Lion Rampant: Medieval Wargaming Rules explores the Middle East during the heyday of the Crusades, between 1097 and 1291. The Crusader States were a unique meeting point for people and military forces from all over Europe and the Middle East, but also from as far afield as Asia and East Africa. These groups not only fought against but often also alongside each other.

This expansion includes historical information, new upgrades (from Greek fire to holy and magical characters and items), and twelve army lists with unique features and special abilities. It also comprises scenarios that re-enact stories from Western, Byzantine, Armenian and Muslim medieval sources, which have been selected to represent highlights in the story of the Crusader States and their neighbours.

Become a crusader lord, the commander of a Templar patrol or a group of leper knights, or an Italian pirate/merchant prince! Or perhaps you’d rather be the chief of a band of Assassins, a charismatic preacher, the boss of a band of marauders, a Muslim emir, an African mercenary captain, the lady of a castle defending her people, a Mongol commander, or a Byzantine or Armenian officer! This expansion brings them all to life.