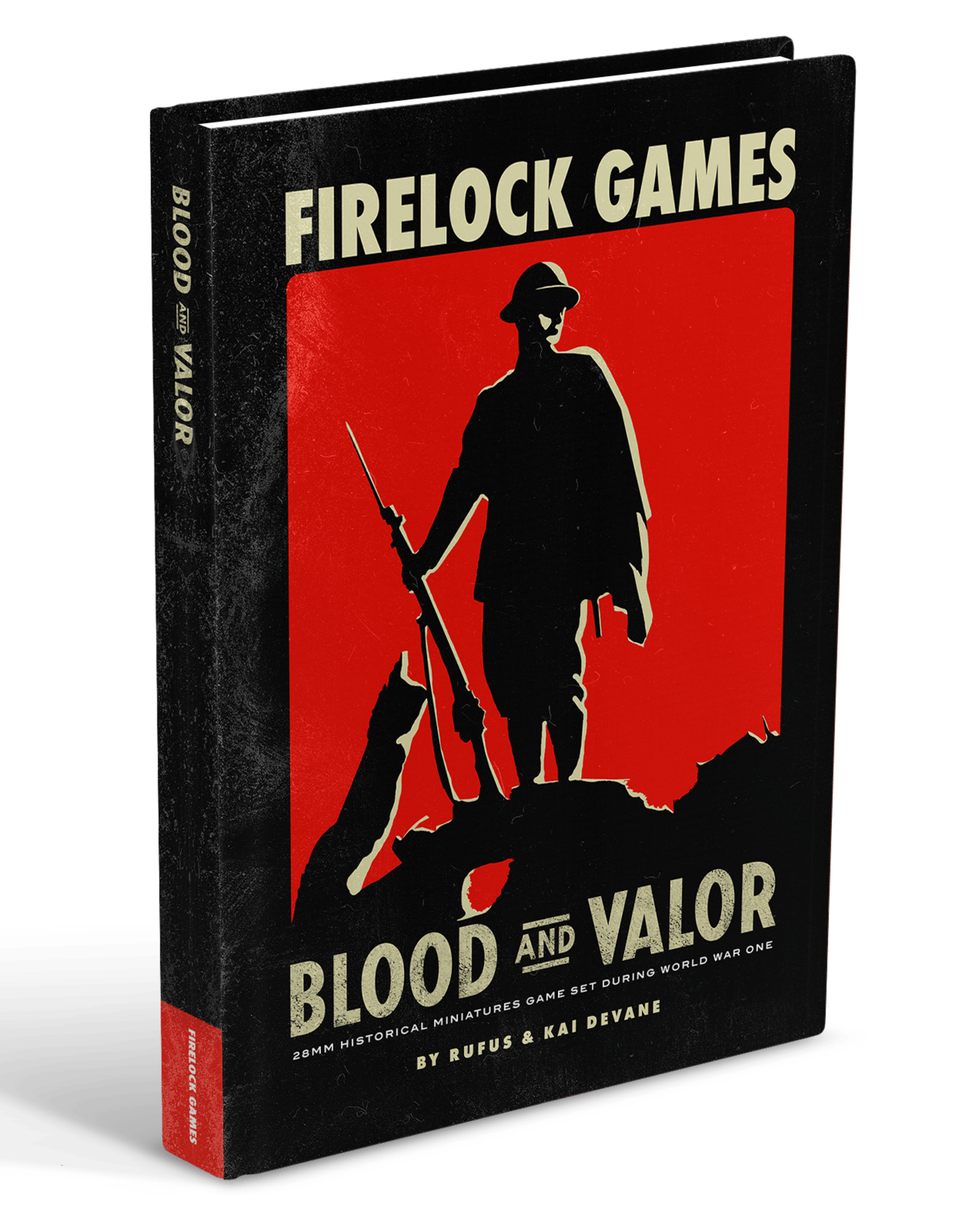 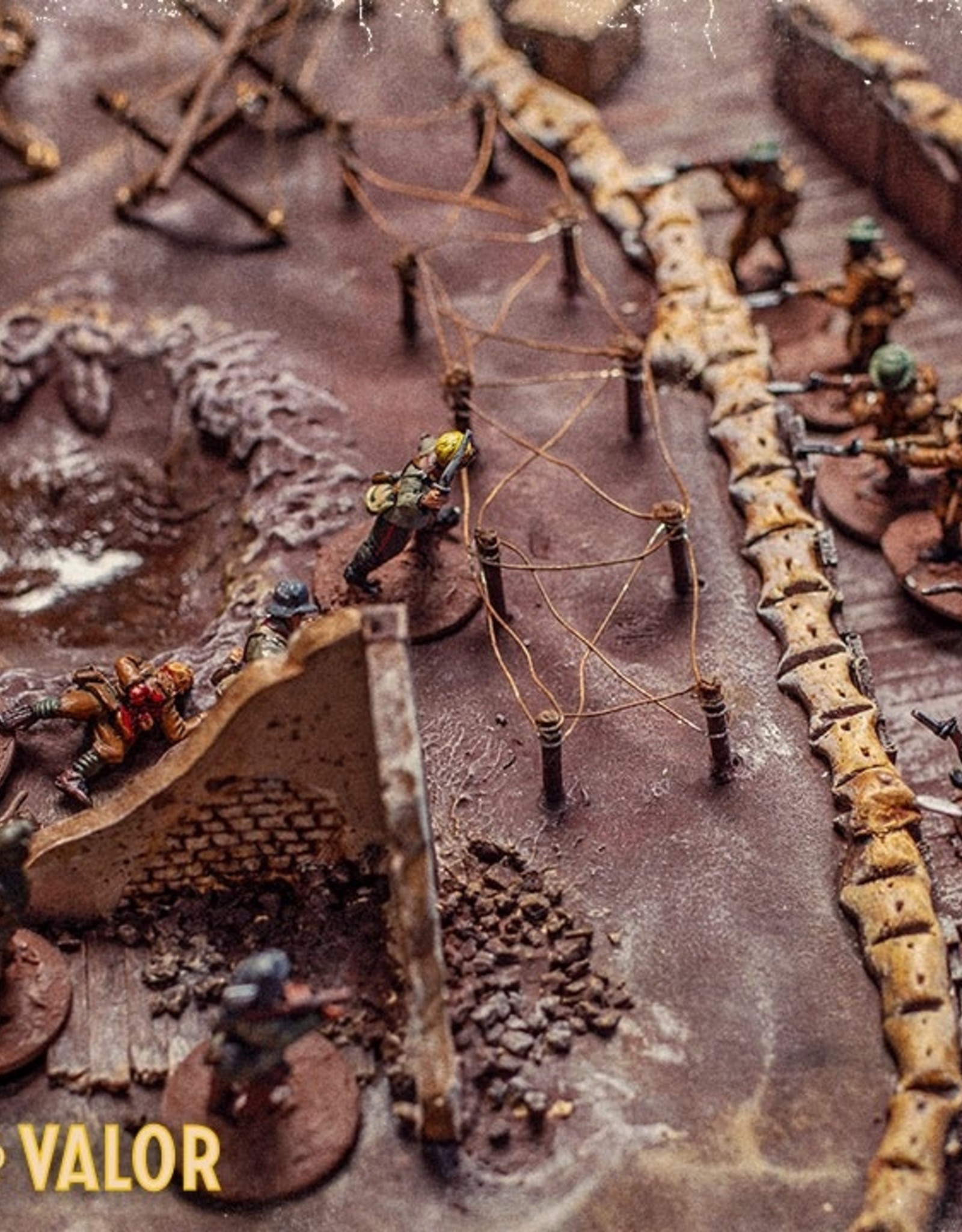 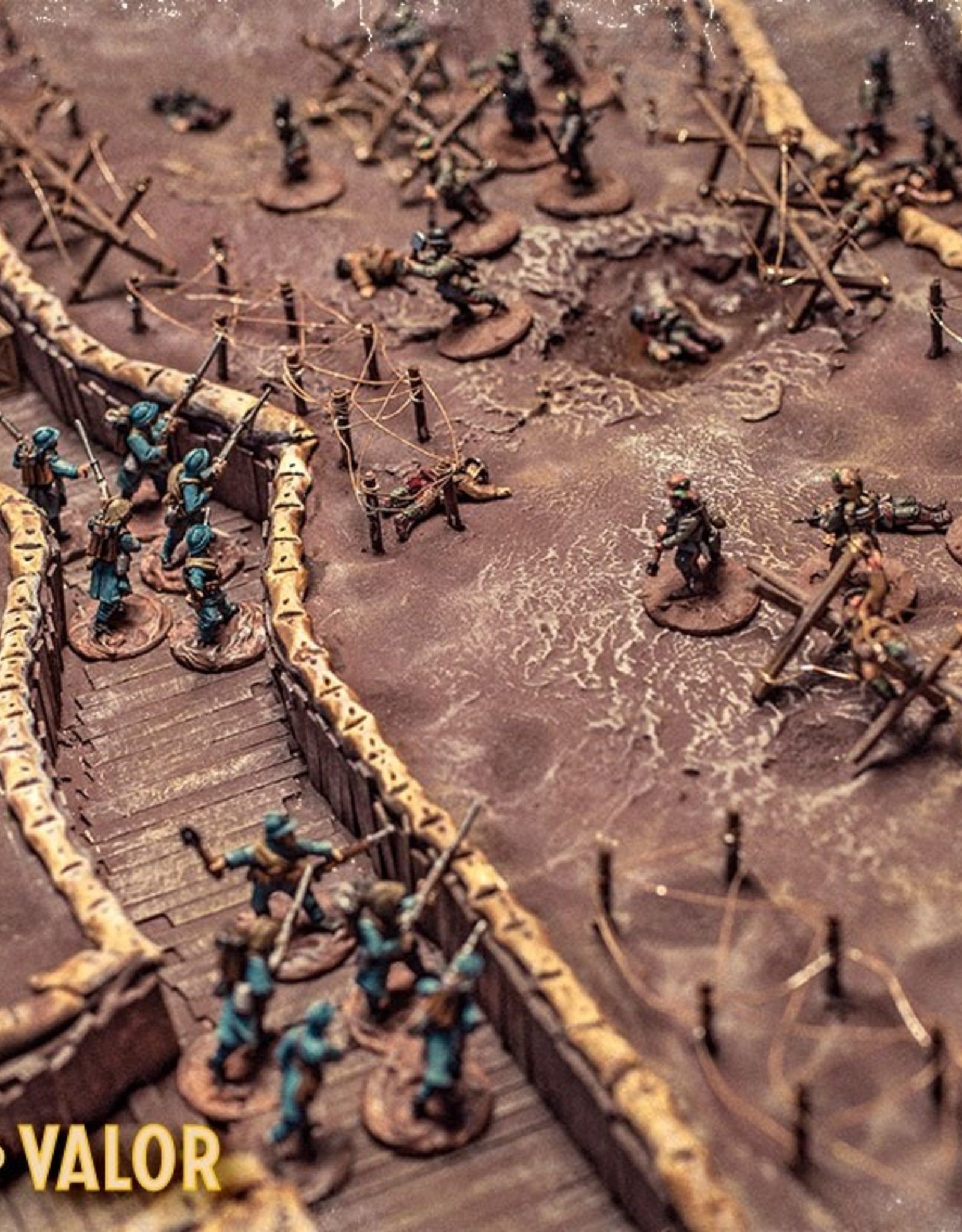 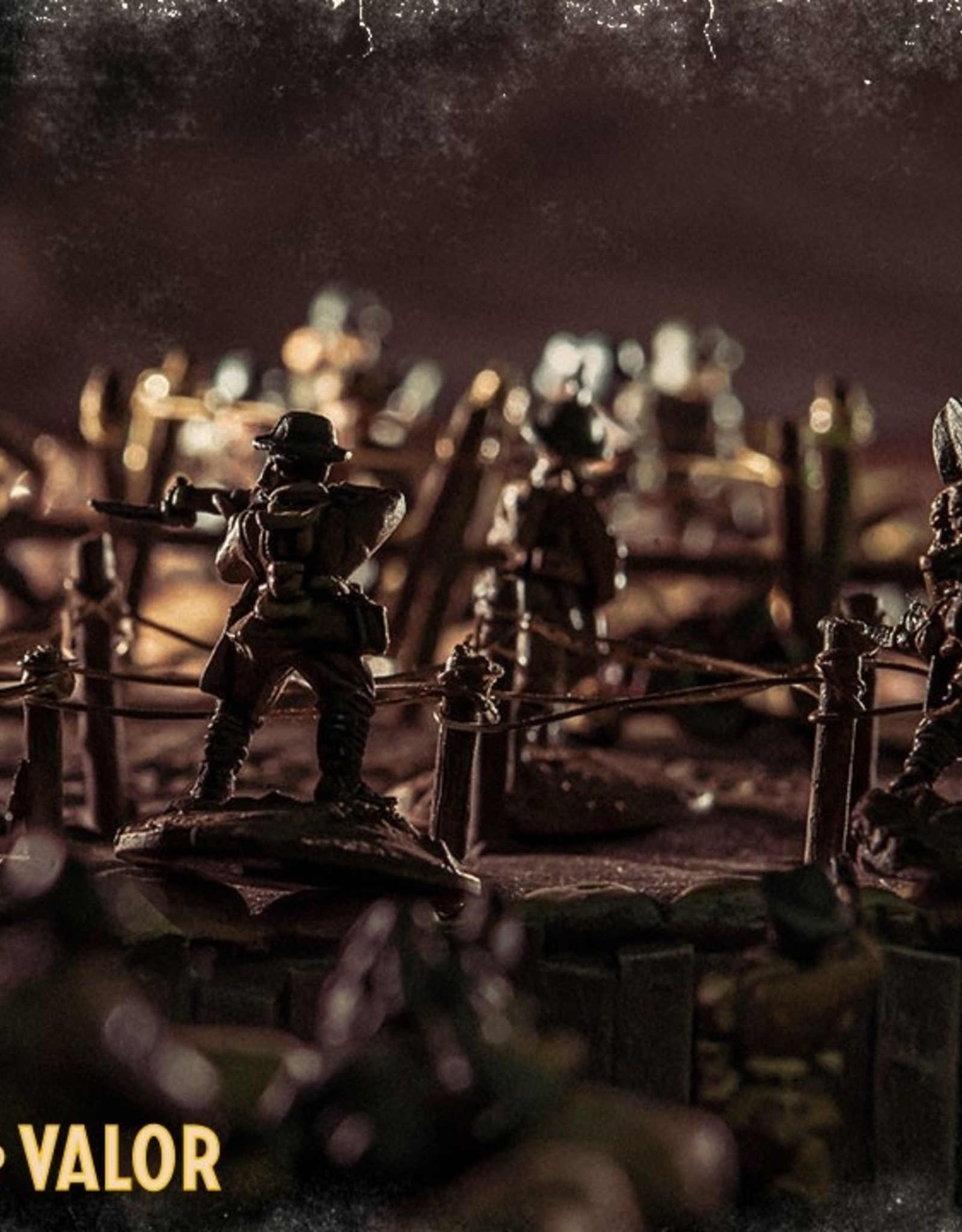 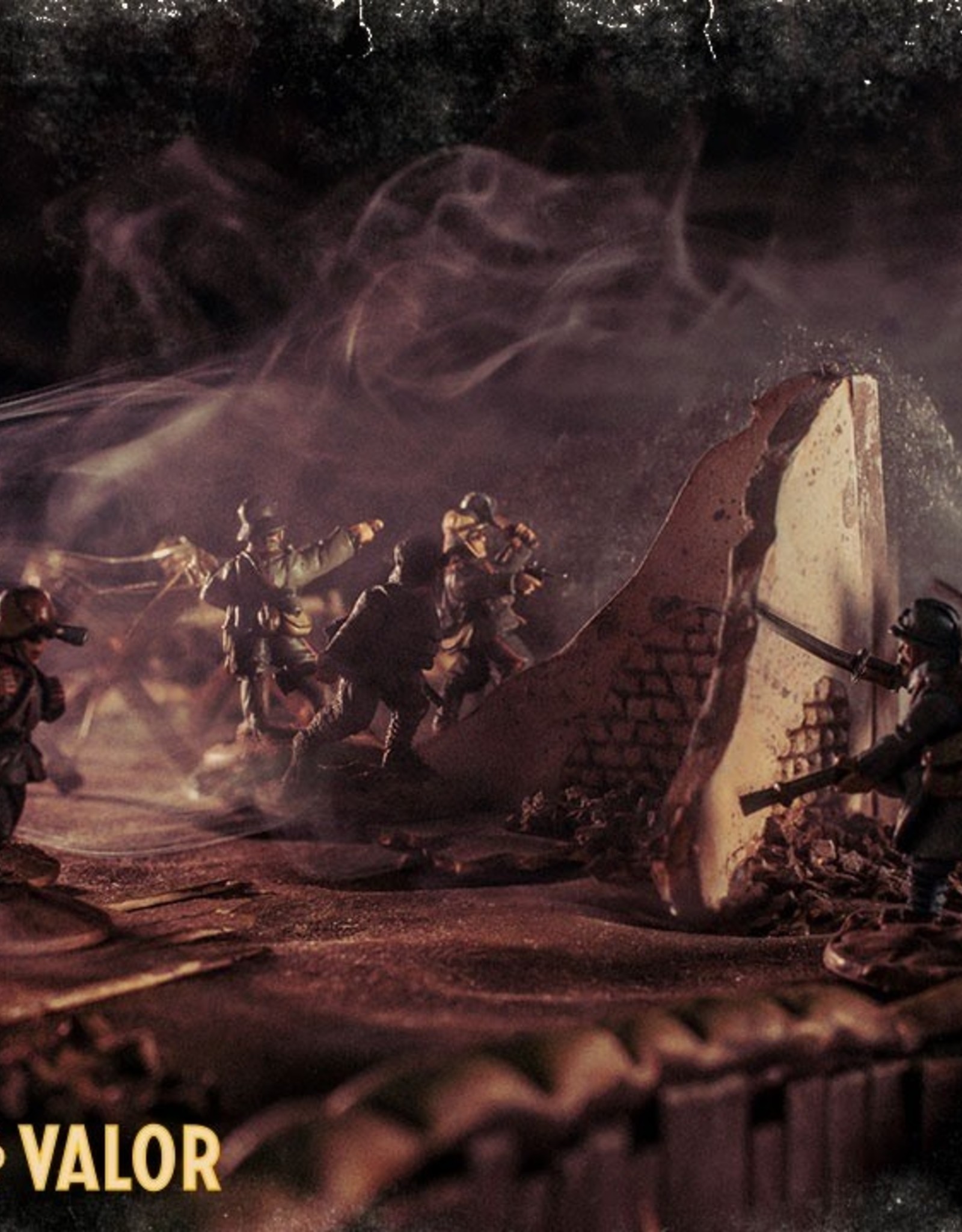 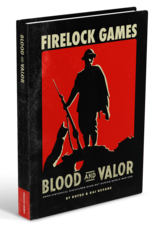 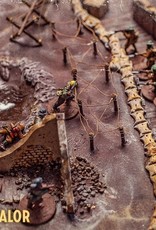 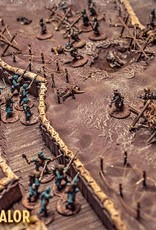 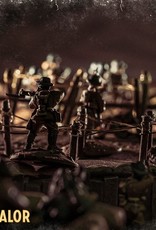 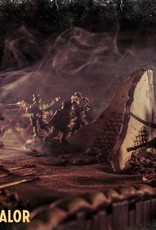 Blood & Valor is a skirmish level game set during the conflicts of the Great War. Those of you who are familiar with Firelock Game’s previous game, Blood & Plunder, will feel at home with this game’s mechanics. Players deploy custom forces representing a Nationality, determine a scenario, and layout terrain to recreate one of the historical battlefields of the Great War.

A notable difference in Blood & Valor is the unique initiative system. Each round, players simultaneously and secretly bid points in order to determine who will act first. Strong forces can increase the number of points a player has to bid with, thus giving the player a better chance to act quickly. Players will take this into consideration when building their armies.

As always, Firelock Games' highest priority is historical accuracy and a large range of settings and options to choose from. The scope of this game is not limited to the western front! These rules allow for battlefields set in the Alps of northern Italy, the open spaces of the eastern front, the Gallipoli peninsula, East Africa and much more. The choice is up to you and your imagination.