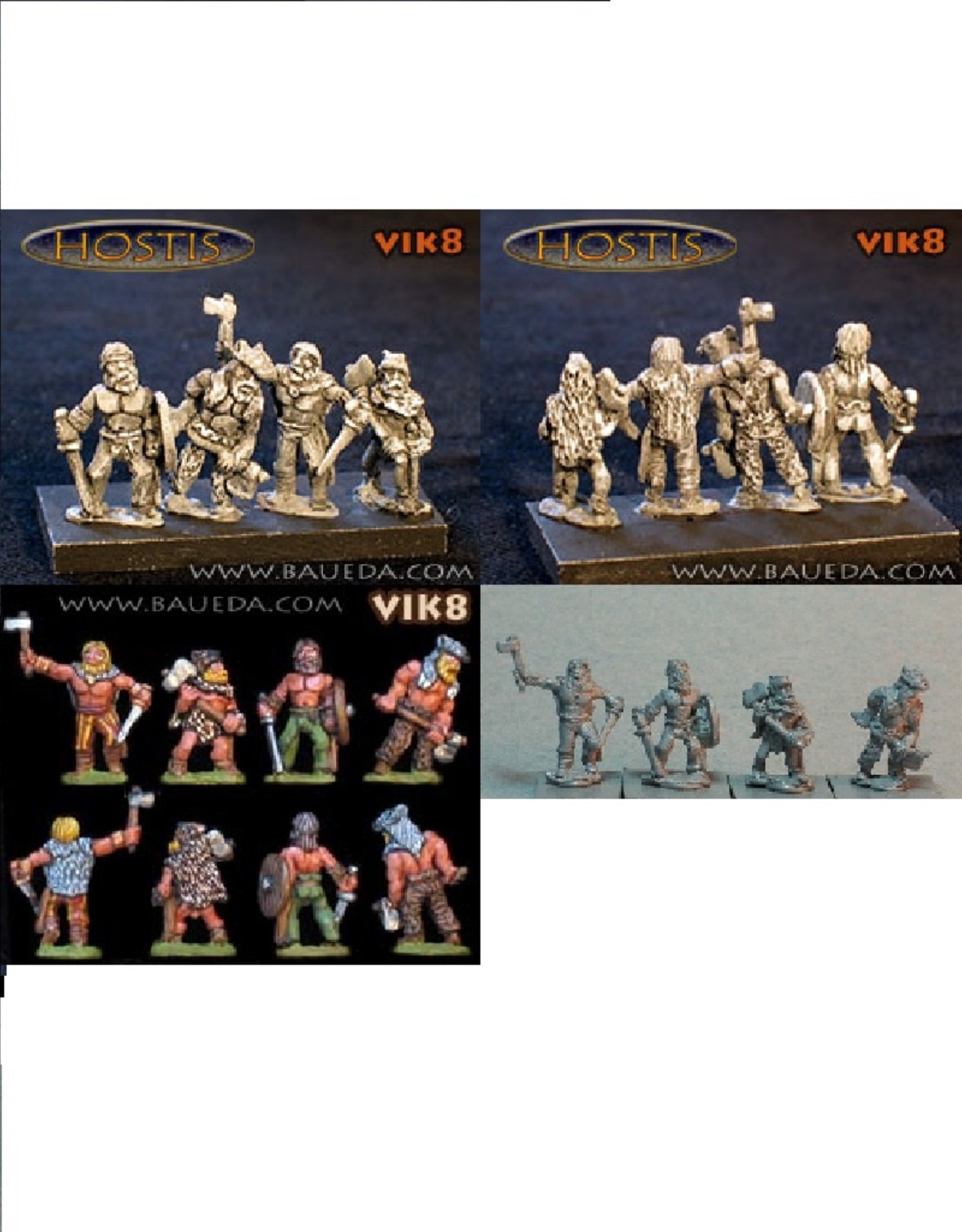 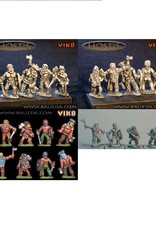 Berserkers appear prominently in a multitude of sagas and poems which describe them as ravenous barbarians who loot, plunder, and kill indiscriminately. Historically, Norse warriors who wore coats of wolf or bear skin and who were commonly understood to have fought in an uncontrollable rage or trance of fury, are well attested. King Harald Fairhair's use of berserker "shock troops" broadened his sphere of influence. Other Scandinavian kings used berserkers as part of their army of hirdmen and sometimes ranked them as equivalent to a royal bodyguard.
Pack of 8 unpainted figures (four different poses).