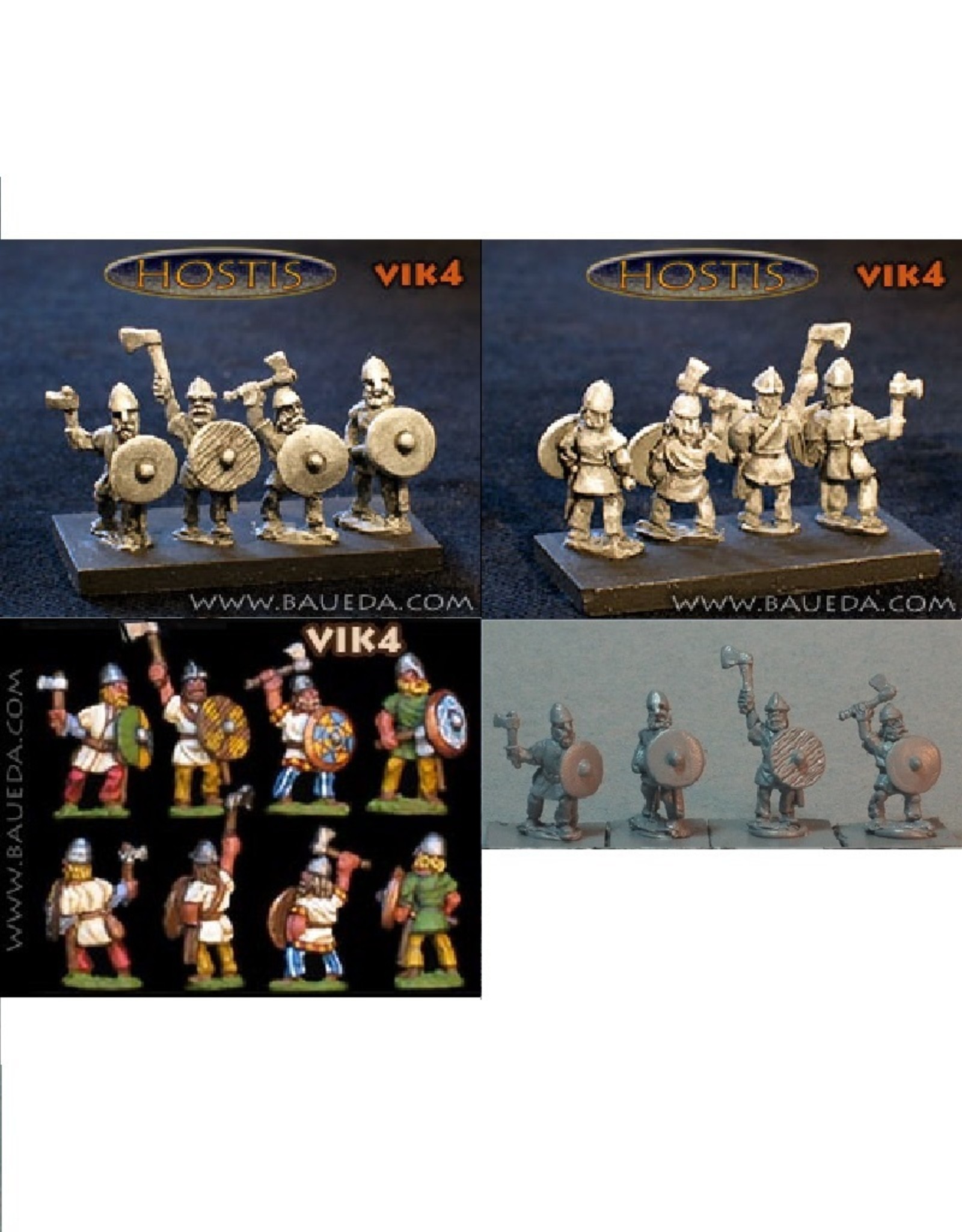 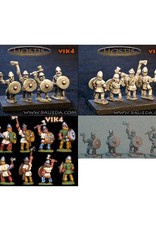 The characteristic weapon of the Vikings, the axe is found in many burials and is shown on several carved stones. These unarmored warriors use a short, single-handed version and carry a shield in the other hand. In the rest of Europe the axe had been superceded by the sword by this time, but most Vikings were improvised raiders rather than professional soldiers and did make good use of what weapons they had, ready to take up the sword of the first enemy they fell!