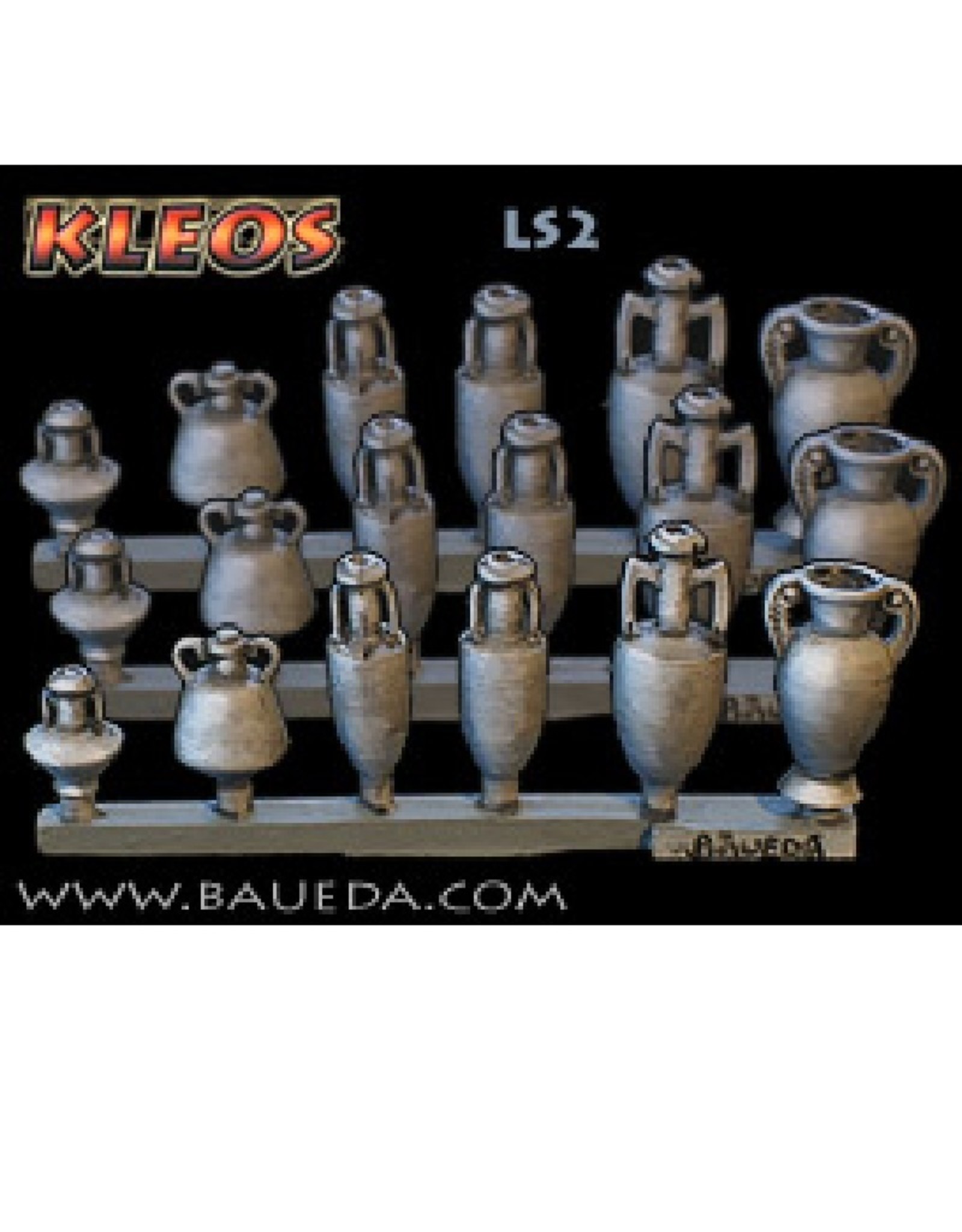 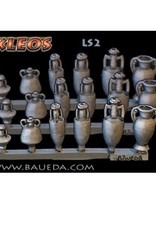 Amphorae were used in vast numbers to transport and store various products, both liquid and dry, in the ancient Mediterranean world and later the Roman Empire, and in some periods the shape was also used for luxury pottery, which might be elaborately painted (code LS3 include some of these). Most were produced with a pointed base to allow upright storage by being partly embedded in sand or soft ground. This also facilitated transport by ship, where the amphorae were tightly packed together, with ropes passed through their handles to prevent breaking or toppling during rough seas. In kitchens and shops amphorae could be stored in racks with round holes in them. Amphorae varied greatly in height. The largest could stand over 1.5 metres (5 ft) high; the standard Roman wine amphora held a about 39 litres. The large one on the right can also be used as a Krater.

Just perfect as game objectives or simply to dress up the scene!