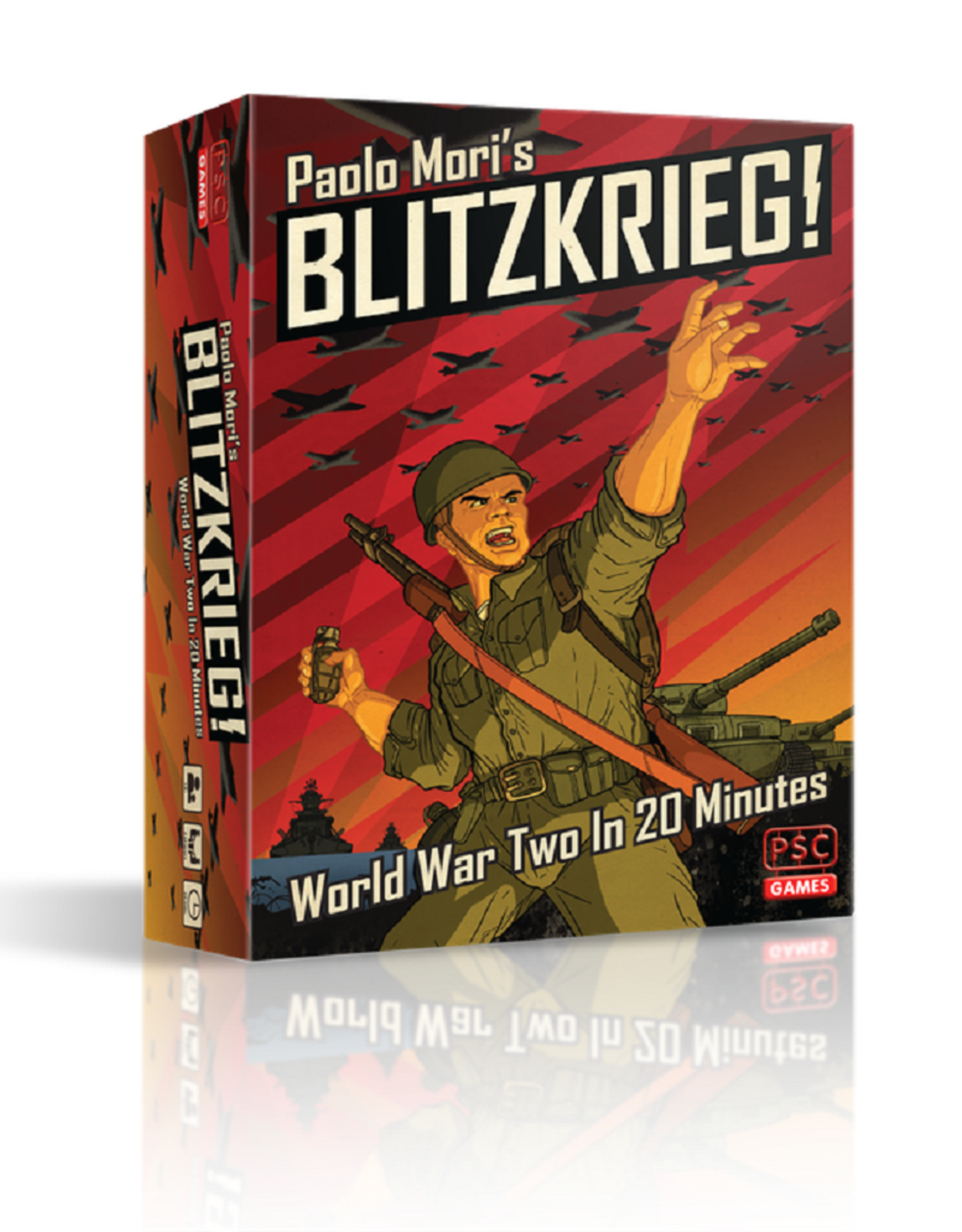 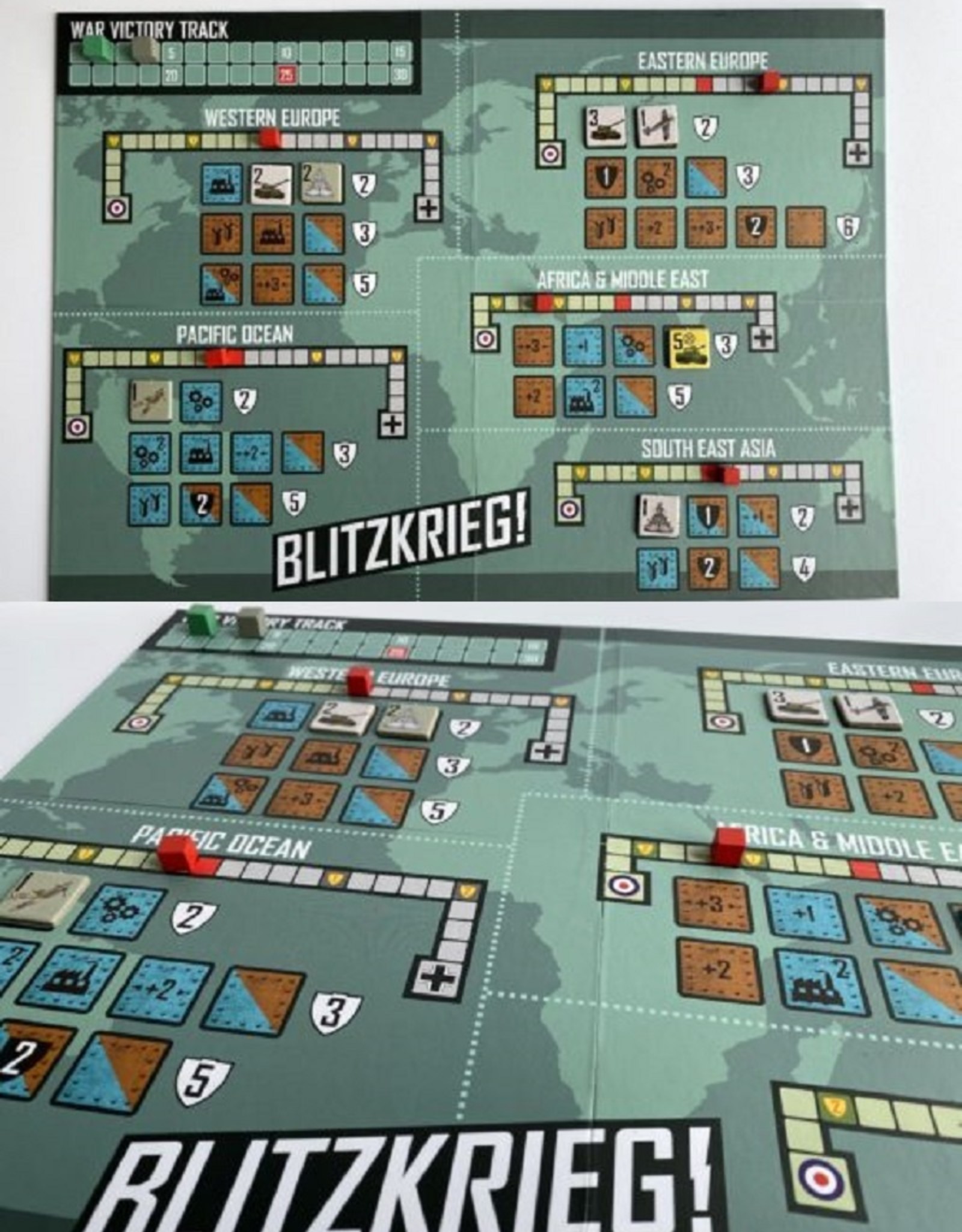 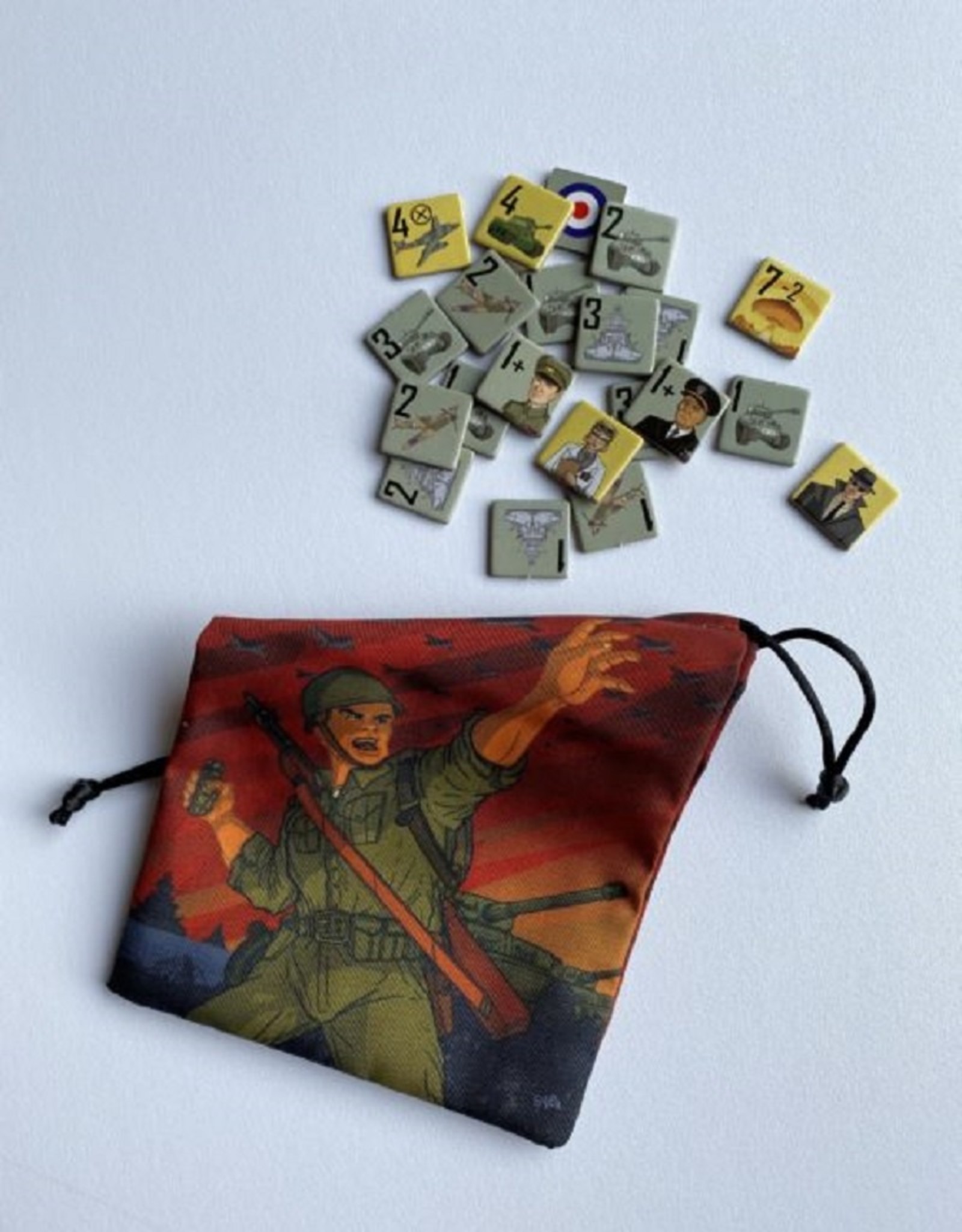 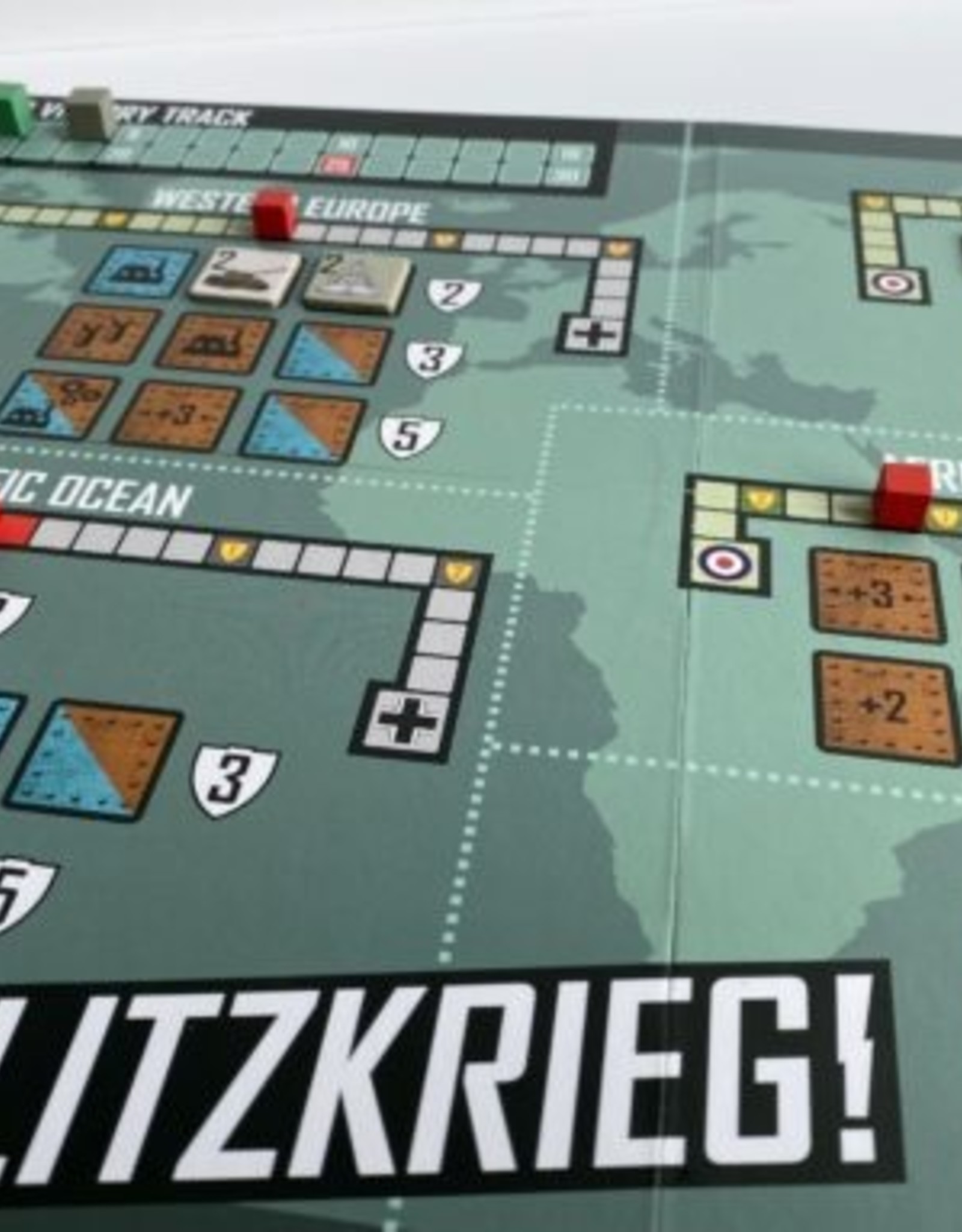 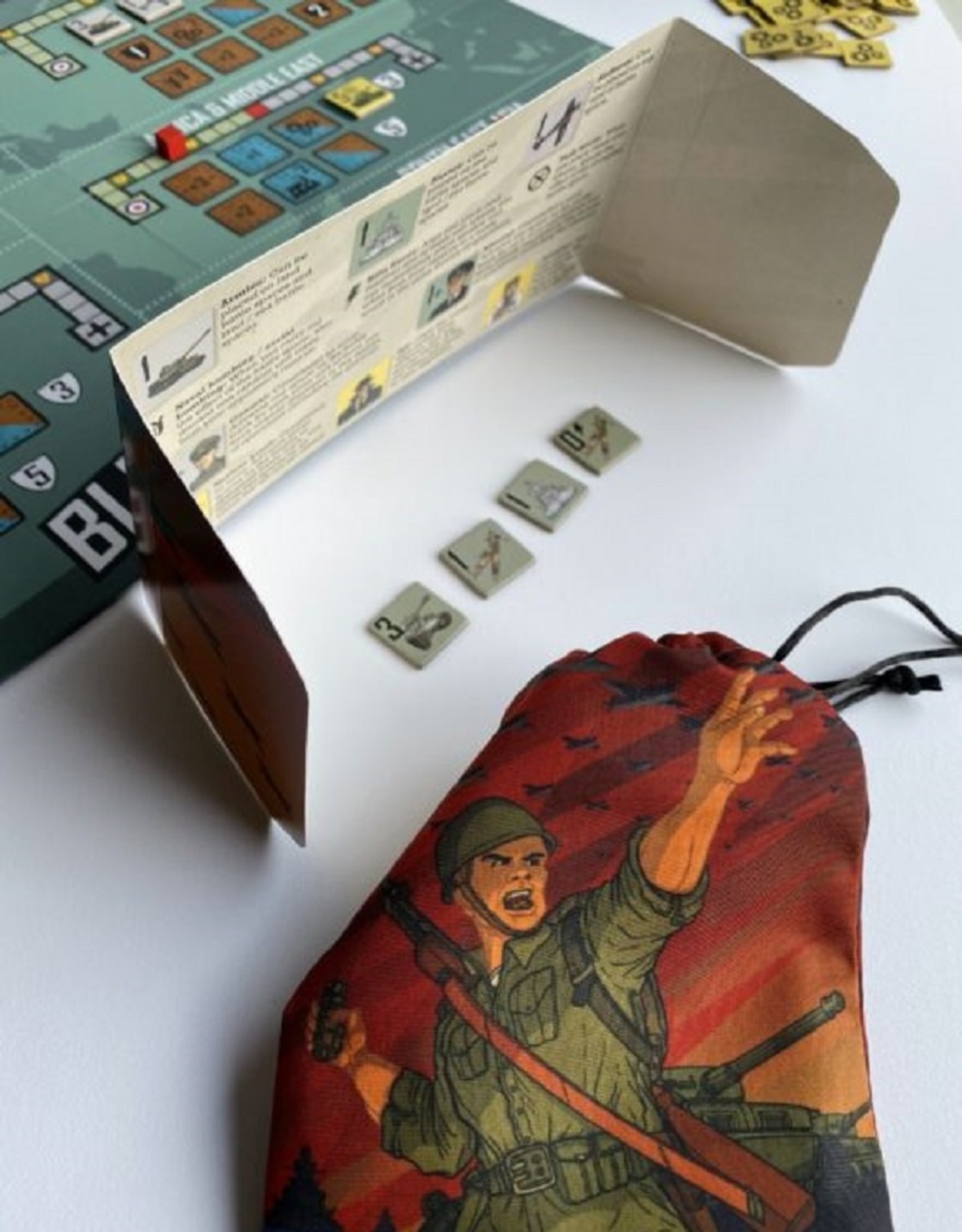 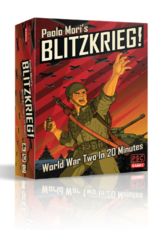 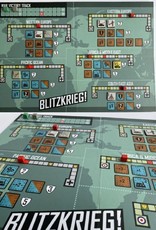 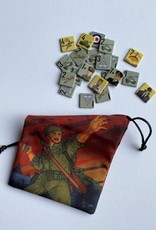 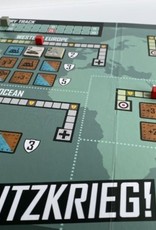 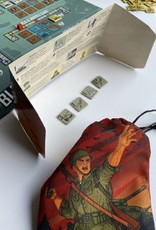 Recipient of the Dice Tower’s Seal of Excellence.

The perfect wargame for non-wargamers! Two players battle across the WWII’s most iconic theatres, winning key campaigns and building military might.

Two players, acting respectively as the Allied and Axis coalitions, battle for control of the main theatres of the conflict in a challenging game with simple rules, a short playing time, and many tough decisions!

Players draw unit tokens from a bag to determine their starting forces and to replenish their losses. Rather than fighting battles with dice or cards, players allocate their military resources to each theatre’s campaigns, winning war victory points, gaining further resources and special weapons and exploiting strategic advantages as they play.

Refight the whole of WWII several times in one evening!