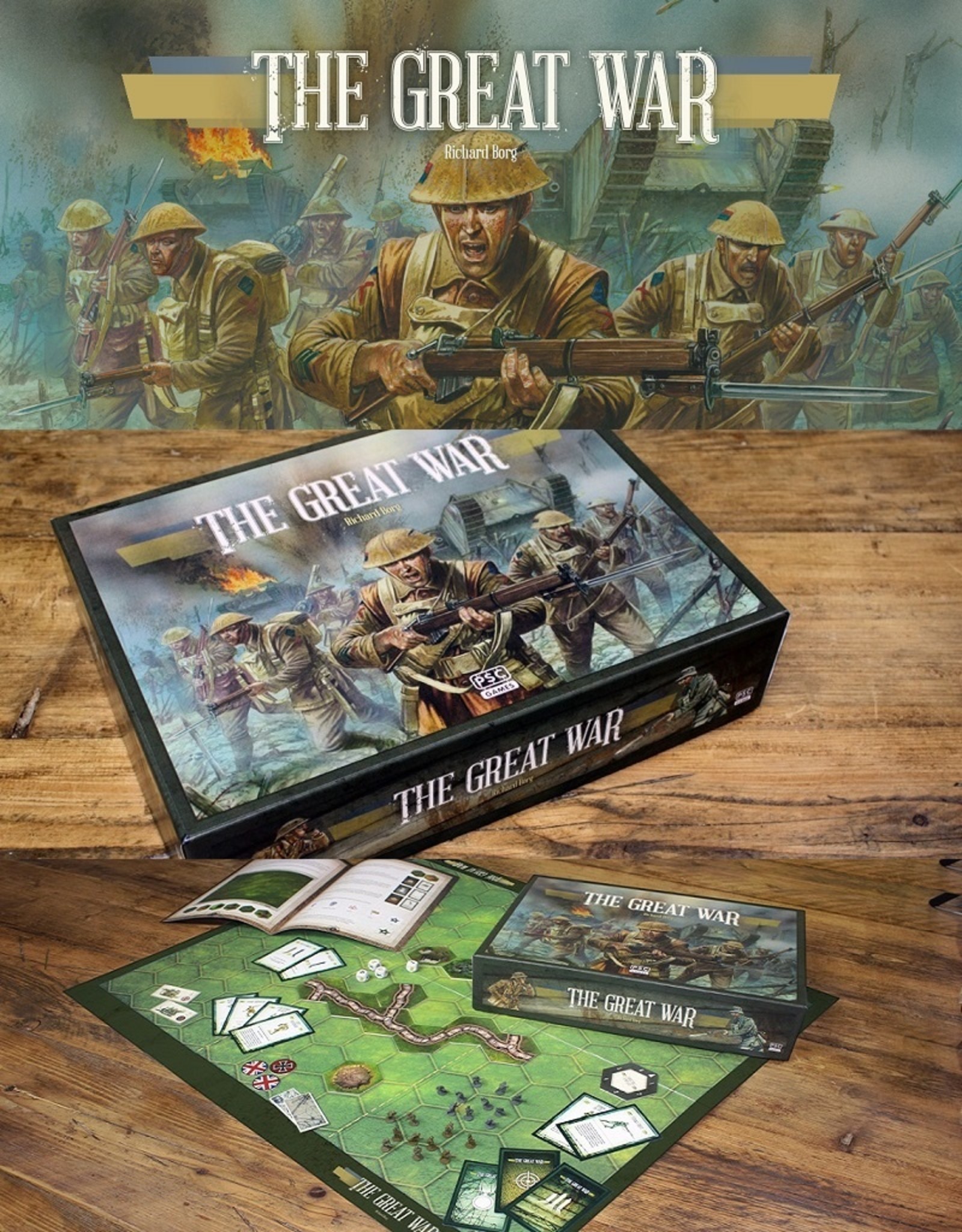 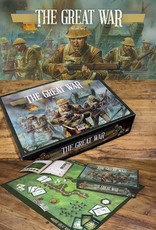 THE GREAT WAR IS THE LATEST ADAPTATION OF RICHARD BORG’S TRIED AND TESTED COMMAND & COLOURS GAME SYSTEM BRINGING THE EPIC BATTLES OF THE FIRST WORLD WAR TO THE GAMING TABLE.

The confusion of battle and challenges of command and control are provided through command cards (58), combat cards (40) and HQ tokens (30) that limit what can be done each turn and custom dice (8) are used to resolve the effects of any combat that occurs.

The game includes scenarios to allow the re-enactment of battles such as Loos, The Somme and Vimy Ridge as well as many other actions. The board can be reconfigured using terrain tiles (58, double-sided) to reflect any battlefield of the period and allows additional scenarios to be created.

This is the first game in a series that will in time cover all aspects of the war on land with additional figures including cavalry, tanks and artillery and additional nationalities (France, USA and Russia) being added in subsequent modules.