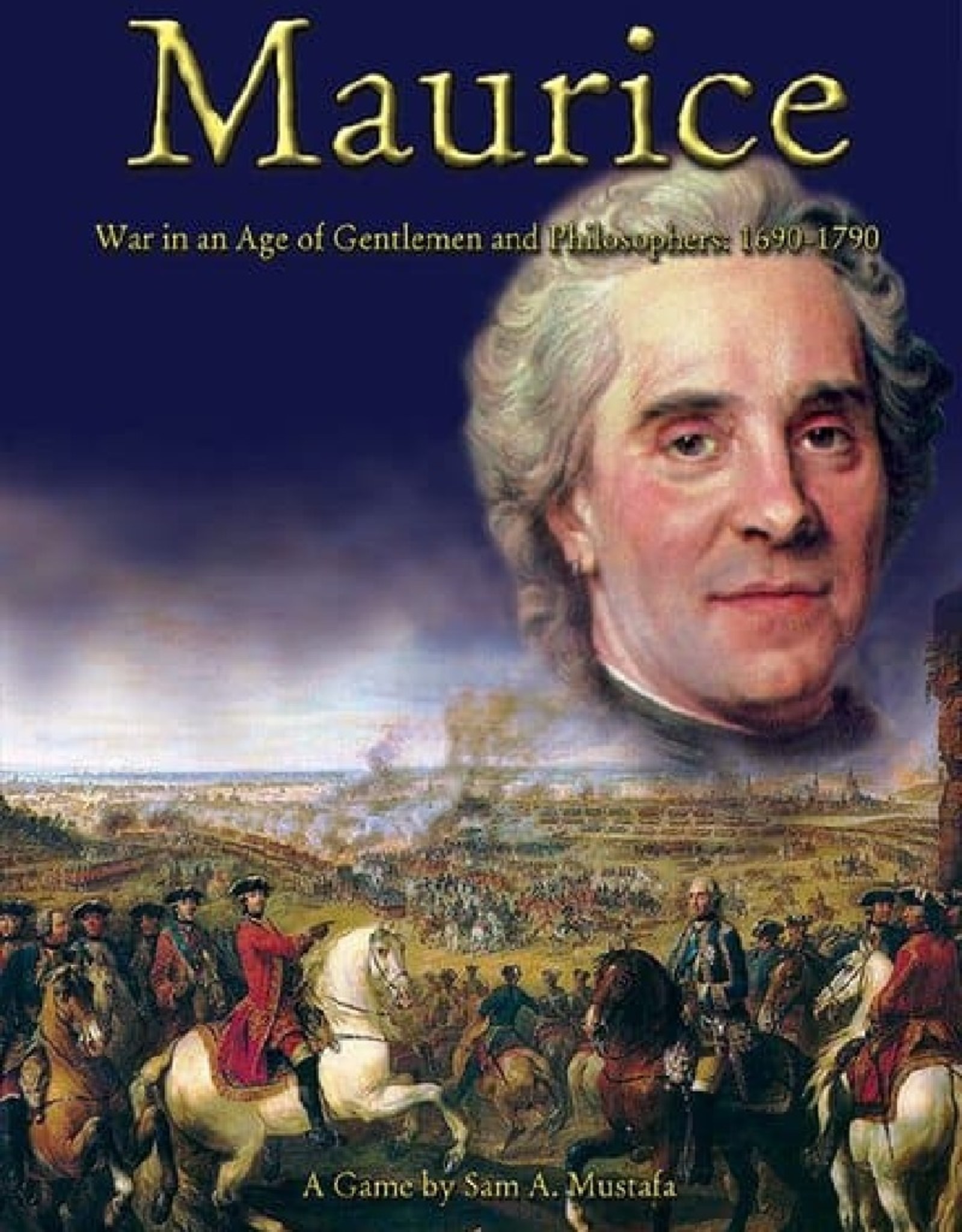 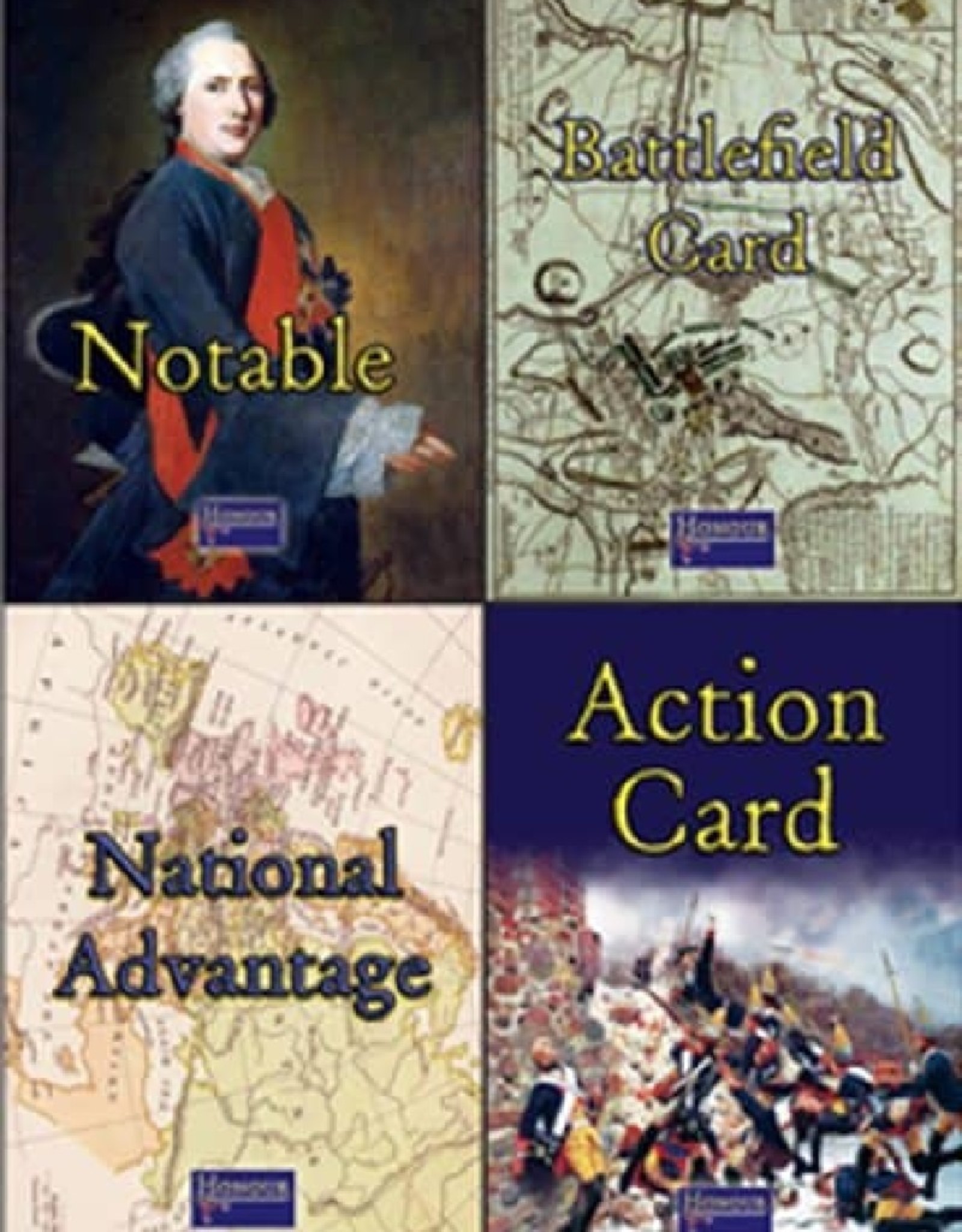 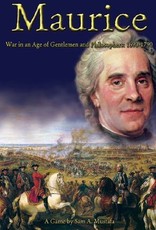 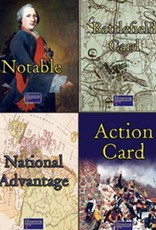 This bundle includes both the rule book and the full card set required to play.

The beautifully-illustrated full color 112-page book with all the basic and advanced rules, scenarios and the Succession Wars campaign system. Printed in the USA.

A boxed set of 108 full-color heavy playing cards with linen finish, including all the action cards for the basic game, plus the notables, battlefield cards, and national advantages for the advanced game and campaign system.

Maurice is a delightful combination of tabletop miniatures rules for historical and fictional battles, a limitless campaign system that requires virtually no math or paperwork, and a role-playing game in which the “characters” are officers, units, and armies, whose personalities you create, and whose fates you manage from battle to battle across wars and decades.

What Figure Sizes and Bases are Supported?

As with all Honour games, Maurice uses measurements in Base-Widths (BWs), so that you may use any figure sizes, and any bases that you already have, or wish to have. The game adjusts to accommodate your table space and collection.

What is the Game’s Scale? Is it for Big Battles or Little Skirmishes?

Maurice has a flexible scale. The game’s mechanics “stretch” so that you can use it for any scale you desire. You can play the little battles in the colonies or the American Revolution, or the great pitched battles of the European wars.

Maurice is intended to represent the age of linear armies, from the wars of Louis XIV and Marlborough, through the great dynastic struggles of the mid-century, to the French Revolution.

What is the Level of Complexity?

If you are familiar with previous games by Sam Mustafa, such as Grande Armée, Might and Reason, and Lasalle, then you will find Maurice to be at the same level of complexity.

Can I Use it For Imagi-Nations?

Absolutely! In fact, Maurice is the first set of rules specifically created with imagi-nations in mind. The same creation process that you can use to replicate a historical army for a scenario, is used to create a fictitious army with its own unique personality.

And an Independent Review and Sample Game.