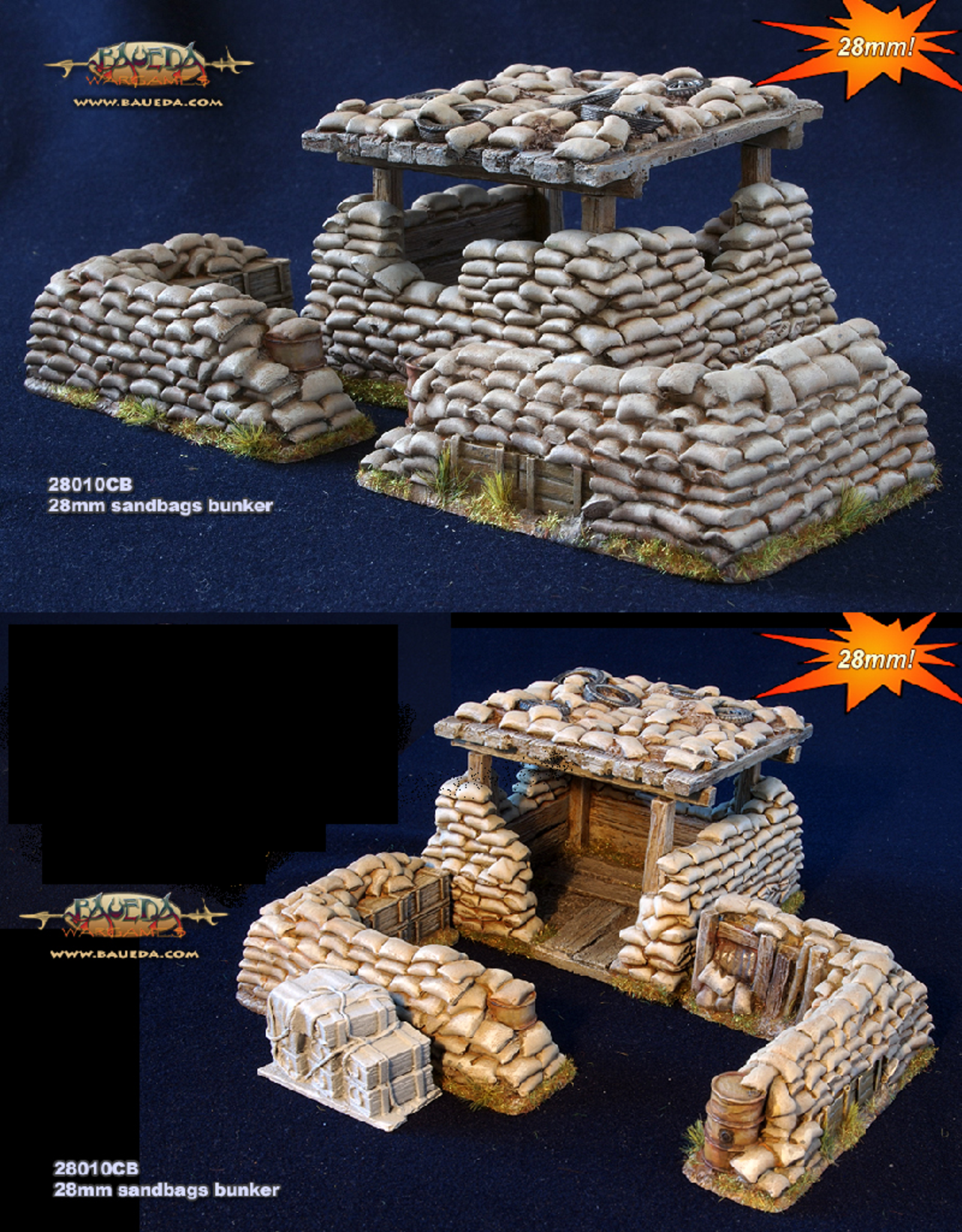 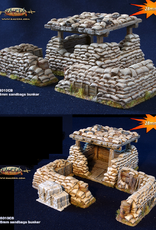 Comes with a separate roof piece and two "L" shaped sections of fortifications plus a small ammo boxes pile. This imposing emplacement can comfortably fit four 28mm figures on 25mm round bases, with some room to spare, so plenty of space to use it as a machine gun nest, for a recoilless gun fortified position or as a command post. Perfect as the centerpiece of a larger defence system or as a game objective, all the pieces in this set have plenty of beautifully sculpted surface detail to help you in painting, and can be used for basically any conflict from WWII up to the most futuristic settings!